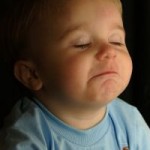 Can two events be simultaneously encouraging and disappointing all withing a period of a few weeks?

The normal inclination would be to answer that with an emphatic “yes” as we have all seen high expectations erode to disappointment at some time or another.  But the kind of juxtaposed elation and disappointment I’m referring to comes in the form of New Year’s resolutions that have gone, as a matter of speaking, rogue.

Every year, January 1st is marked by scores of people who have re-committed themselves to their own version of a make-over by jogging, joining gyms, getting up when the stars are out to begin their predawn body-sculpt-to-the-shredded-model on television.

All of these behaviors are admirable and certainly worthy of encouragement, but lurking between the time it takes to start something new, and the time it becomes a habit resides the power of resignation.

By the third week of the new year there is noticeable absence of those that began their promising journey, and by the end of February status quo has taken hold.

As a fitness trainer, it disappoints me to see other people with such big goals, disappointed.  While the psychological model can be complex there are many controllable aspects to a successful fitness goal-based program.  While they might seem obvious, my years in this industry have allowed me to narrow the reasons down to some of the common denominators. I think the bigger question to ask yourself is how many of these are you doing?  How many have you build into your environment?

The best news of all though, is that if you have fallen off your resolution fitness wagon, there is absolutely no reason why you can’t pick up where you left off.  Re-think what created failure in your first effort, and ever so slowly ease yourself back into your newly refined vision.  It’s never, ever too late.