Future of the bench 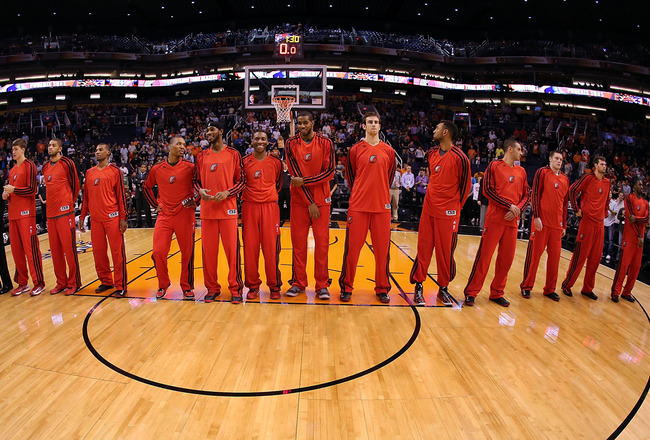 Yes, the Blazers rallied once again, fighting, scratching and clawing like the plucky underdogs they are to pull within seven points late in the game in which they trailed by 27. Wesley Matthews played like his mama was watching – oh wait, she was – and led the Blazers with 28 points along with a season-high seven 3-pointers. Also, LaMarcus Aldridge continued his strong and steady Player of the Week status with a 21-point, 15-rebound night.

Still, I thought an interesting takeaway was  head coach Terry Stotts’ publicly admitting that he was “disappointed” in the play of his reserves.

Through the season, we’ve all heard Stotts defend his bench – sometimes sounding annoyed while doing so – but to single out six guys “who wouldn’t give up on the game,” then speak of his disappointment to the other four says a lot.

On a night when Stotts searched deep for some help – he played five guys off the bench and only sat center Jared Jeffries and point guard Nolan Smith – he could only get significant production from Luke Babbitt. And this is a player that fell out of the rotation and stopped getting consistent minutes back on Feb. 22.

Let’s face it: with only 15 games remaining, three more on this road trip, time is running out on the Blazers’ postseason chances – as well as the days in Portland for several of those bench guys.

There will be a big turnover this summer, because there is the potential for the Blazers to cut ties with seven current players. Six of those players are reserves, and while I suspect some will return, others will be seeking employment elsewhere.  Here are a few.