Who votes in your area? Mailers upsetting residents 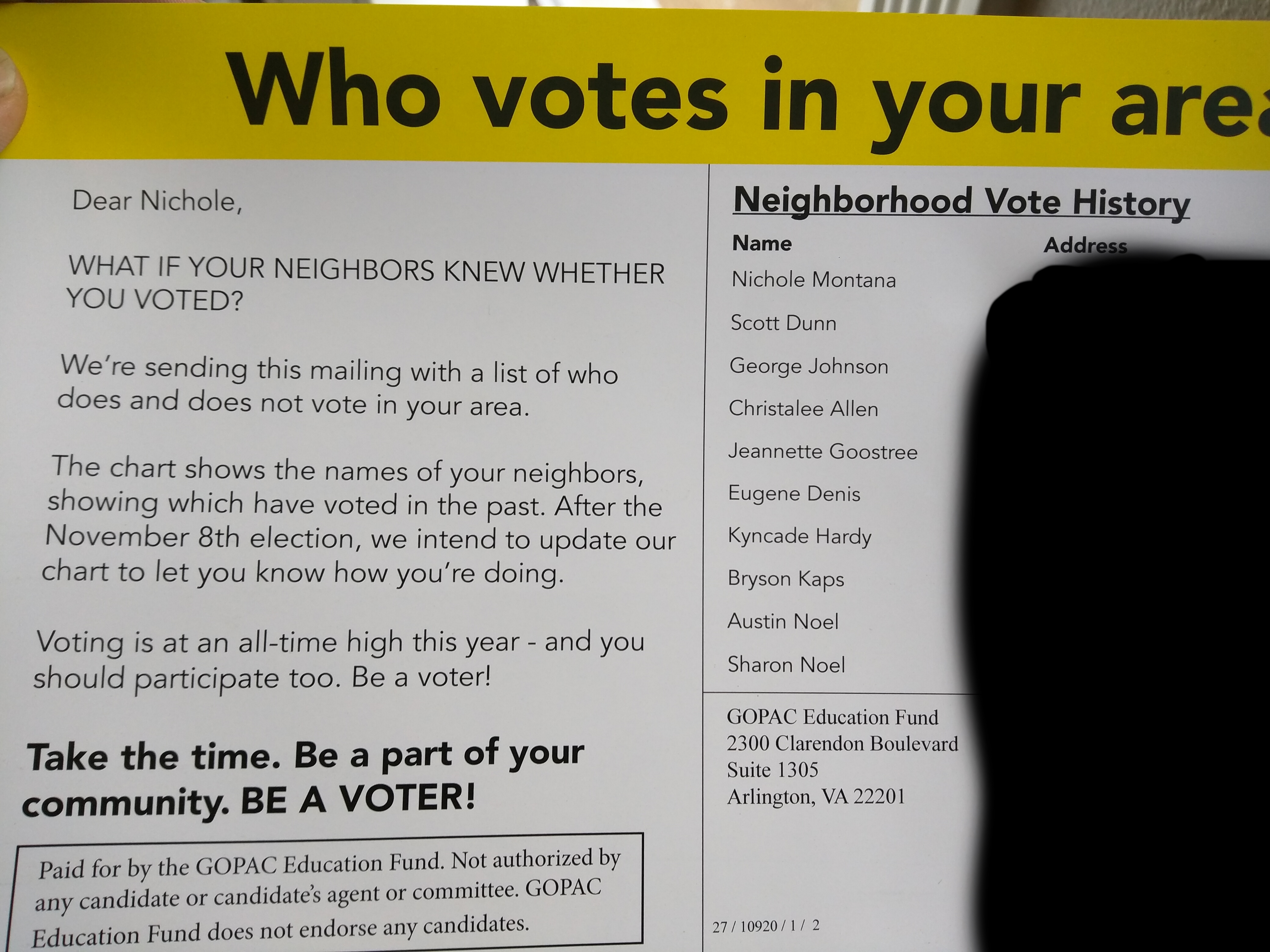 An Arlington, Va., nonprofit sent postcards to encourage Clark County residents to vote, but for some angry recipients it’s having the opposite effect.

“These are just horrible, an invasion of privacy,” said Lanay Velong, who lives in the 17th Legislative District, adding it makes her so angry she almost doesn’t want to vote.

The postcards list addresses and names of neighbors and whether they voted in the November 2012, November 2014 and August 2016 election.

Velong said some of her neighbors have been targeted as a result of the postcards.

Someone tagged one of her neighbor’s fence with the words “vote,” she said.

“There’s tagging going on all around here,” Velong said.

Voting records are public record. But Velong doesn’t like the coercive tactic.

“Sending the names, addresses and voting history of my wife and neighbors is just way too far,” he wrote in an email.

The GOPAC education Fund, whose slogan is “educating and electing a new generation of Republican leaders,” is behind the fliers.

“This is a critical election up and down the ballot,” said Jacqueline Wasem, a spokeswoman for the group. “We’re trying to encourage folks to vote. Studies have shown this is a great way to get voters out to vote.”

Wasem said they are involved with races across the country and the postcards are being set to people all over Washington.