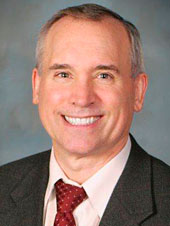 A funny thing happened on my way to the Clark County council meeting Tuesday.

County legal staff had to give Councilor David Madore a friendly reminder that no, you can’t hold a meeting with only one person.

Let me explain. On Tuesday, under pressure of some pending deadlines, big projects and general Clark County council fatigue, I, believing the agenda to be pretty trim, decided not to attend the council’s meeting. It is only the third regular hearing I haven’t attended since starting work at The Columbian in February, so I’ve got a pretty good track record of going week after week.

I did, however, watch on CVTV just in case something crazy happened, because let’s be honest, you always have to prepare for that possibility with the Clark County council. Councilor Jeanne Stewart was absent for a Washington State Association of Counties meeting, and Councilor Tom Mielke had to leave at 11 a.m. for an appointment, but otherwise things seemed pretty normal.

That is, until the last few minutes. When Mielke stepped out, Madore announced he would allow those who had signed up to speak even him being alone on the dais. The council motioned to adjourn—though Madore said while the decision-making part of the meeting was technically over and no further action would be taken, the, uh, board was going to accept public comment—then CVTV cut out.

So I hustled over to the Public Service Center, cursing myself for ever thinking I can squander my babysitting duties for even a moment with these councilors. By the time I arrived about five minutes later, everyone was leaving the room.

My best understanding of what happened is that Tim Gaughan, a local public records aficionado, raised his hand to protest meeting as possibly illegal due to lack of a quorum. At the same time board clerk Rebecca Tilton messaged deputy prosecutor Chris Cook to alert her of what was going on, Cook told me as we happened to be on the same elevator, and Cook went up to tell Madore that no, you cannot hold a public meeting with only one person.

Kudos to the public and county staff for stepping in before Madore went on meeting without a second member present, but come on. It seems like this is Open Government 101. Madore shouldn’t have even suggested it to begin with, and Mielke certainly shouldn’t have gone along with it.

Perhaps the council could use a refresher course on the basics of being a public official.