Stuart and Rivers have something in common 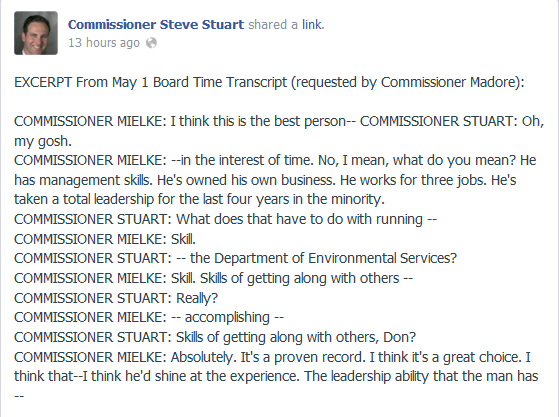 On Thursday, he chose to make comment on Benton’s complaint against state Sen. Ann Rivers, R-La Center, by copying and pasting his feelings from that meeting onto his Facebook wall. Stuart, a Democrat, has been finding himself a few Republican allies lately.

And now he has something in common with Rivers as well: both have shouted expletives in response to a situation involving Benton.