Probst deserves an apology from Republicans, according to top Democrat 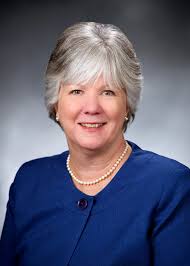 Nelson accused Hutchison of being caught publicly lying and responding by attacking and bullying Fielding Lopez and the state’s campaign watchdog agency.

The Good Government Leadership Council television ad states Probst “pocketed $750,000 from taxpayers and hit it from the state’s campaign watchdog. Probst was found guilty and fined.”

In her statement, Nelson countered, “The PDC is completely right to let the public know how they actually ruled, and to object to having their good name associated with your political lie.”

Nelson said Republicans couldn’t find any dirt on Probst, so they “added up more than 20 years of paychecks, office costs, travel expenses and benefits from admirable work, and said he was found guilty of pocketing $750,00 from the taxpayers.”

Nelson writes, “It’s not just a lie, it’s a smear that is beneath even today’s low standards for Republican politicians.”

Nelson said there have times when Democrats aren’t pleased with PDC actions.

“But our response has not been to attack the PDC or call into question their neutrality. Instead, we respect their role as an elections watchdog and the actions they take because they are an essential element of a free and fair elections system.”