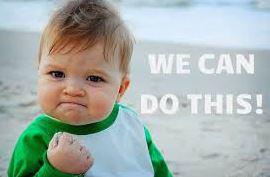 Big hearing coming up June 11 to talk about Clark County Commissioner David Madore’s plan to cut away at impact fees for new business developments in the county.

The plan would reduce almost all fees for most non-residential development down to zero. And linking the waiver to unemployment numbers, rather than a job creation requirement, seems to have both of Madore’s fellow commissioners intrigued.

This effort is core to Madore’s campaign promise to “open the floodgates” of jobs. And when he first got positive feedback from the commissioners, he was excited.

But hey, this is politics. And the closer you look at an issue, the more likely you are to find different perspectives on it.

For example, a feisty group of commenters tore into the plan at a May 7 meeting. Then, other elected officials told the board the concept seemed half-baked.

Still, Madore is banking on this one. And he posted on his Facebook wall recently that June 11 will be “when Clark County will become the most business friendly county in the state.”

The photo he posted with his comments is a fairly popular meme. It’s called ‘success kid’ and at first blush it shows a child pumping his fist in a stalwart manner. But, just like politics, the closer you look at it, the more likely it is you’ll find a new perspective.

For example, this child isn’t claiming success. Rather, he is eating sand.

Commissioners meet at 10 a.m. on June 11 at the Public Service Center, 1300 Franklin St. to discuss the sand…er…impact fee issue. Public comment will be accepted.