Not sitting on their hands 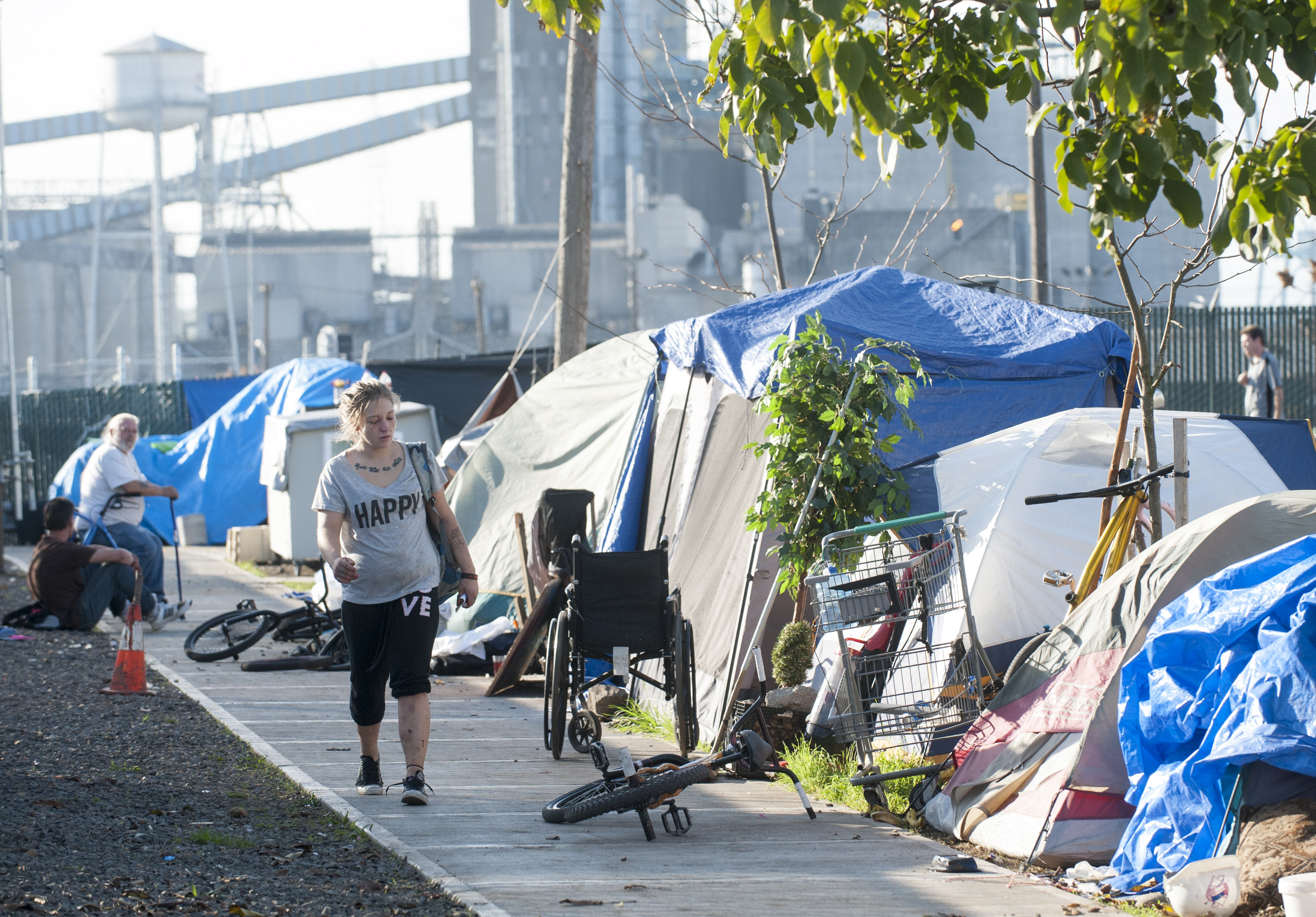 On Monday, police will begin enforcing Vancouver’s camping ordinance, which the city council amended last month to allow for overnight camping to ensure the law was constitutionally sound.

The ordinance, which prohibits camping in public spaces except for between 9:30 p.m. and 6:30 a.m., went into effect Oct. 21. However, police refrained from ticketing the dozens of people who erected their tents on the blocks around the Share House shelter for the last week and a half to give the homeless time to figure out their next steps. Police passed out fliers alerting campers that starting Monday, they would begin ordering the removal of all people and their personal property, including tents and shelters.

Meanwhile, local homeless advocate Dorothy Rodriguez has been attending city council meetings with homeless residents for months to demand the city build a homeless shelter for women and designate a piece of city property for a sanctioned tent city. On her Facebook page, she has stated repeatedly that the city doesn’t care about the homeless or where they will go if they can’t camp in public during the day.

Not in this case. City officials have been scrambling to deal with the growing homeless crisis as dexterously as they’re able to. They’ve been working with social service agencies on a variety of short-term strategies, including establishing a day center for the homeless in December at the Friends of the Carpenter building, where people would be able to shower, get mail, store belongings and charge their electronics. The city is contributing $122,500 in dollars from its general fund toward the day center and up to $250,000 in federal Community Development Block Grant funding.

City officials also have been exploring the idea of possibly allowing an encampment on city property, which isn’t currently legal. Legalizing a tent city would entail changing city code and a public process that would include holding public hearings, and city officials don’t want to rush into a situation that could turn into a permanent tent city, City Manager Eric Holmes said Friday.

Even though the county is the designated lead agency for homelessness, the city and the Council for the Homeless have been coordinating recent efforts to address the problems. To determine the best next step, as well as medium- and long-term solutions (which would include building more affordable housing, which is scant), the city has scheduled a series of meetings in November with Clark County, social service agencies and the faith-based community.

As Community and Economic Development Director Chad Eiken put it Friday, “There’s a lot of energy being spent on this right now.”

Maybe somebody’s sitting on their hands — but it’s not the city.