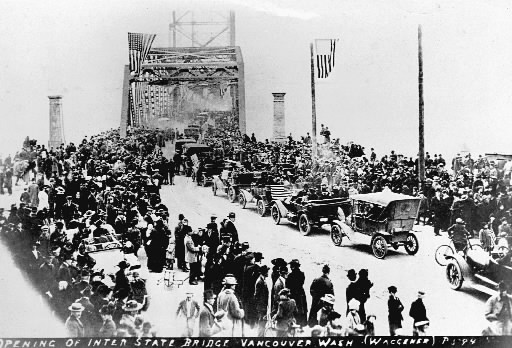 The last thing Sen. Ann Rivers wants is another countdown clock on The Columbian’s website.

To refresh your memory, in 2014 former Clark County Councilor David Madore told The Columbian’s Editor Lou Brancaccio he was confident an East County Bridge would be ready for drivers to cross the Columbia River in five years.

Other than creating the countdown clock, not much has been done to make the bridge a reality within the next two years.

But when pressed, Rivers, a Republican from La Center, said she optimistically believes – under ideal conditions and if everything were to go right – that the Interstate 5 bridge could be replaced in five years.

Last week, lawmakers introduced a measure to declare replacing the I-5 bridge a project of statewide significance, a move that could expedite the permitting process and construction of a new bridge.

“Without taking a step toward the process we can’t even know how to answer that question,” Wylie said after being asked about timing. “But without taking the step, we’re never going to find out.”

But when Brancaccio voiced his opinion on how a timeline is a key part of this process, Wylie added it would be a faster process compared to the failed Columbia River Crossing project, which took years and ultimately failed.

“I think it would be feasible to get it done in 10 years, maybe sooner if everything goes well,” Wylie said. “There are a lot of things that could go wrong.”

Although the measure lawmakers introduced is primarily a process bill, it signified a shift in the working dynamic among the delegation. In the past, they have struggled to work together. And although there is still a long way to go, the introduction of Senate Bill 5806  measure illustrated they are capable of collaboration on even the most divisive topics.

Wylie was joined by fellow Democrat Rep. Monica Stonier and Republicans Paul Harris and Brandon Vick in the House. In the Senate, Sens. Rivers and Lynda Wilson and Democrat Annette Cleveland also signed on to the bill.

Reps. Liz Pike and Vicki Kraft, both Republicans, were the only two who did not sign on from the Clark County delegation.