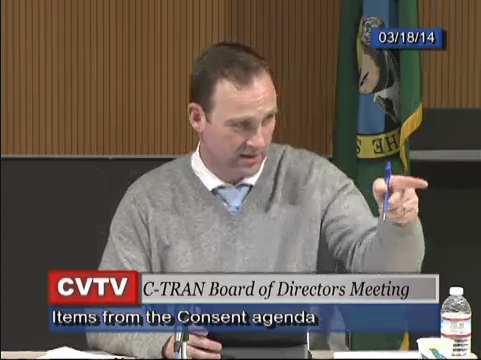 At least Tom Mielke gets to be chair of the Clark County Board of Commissioners.

Four times since December, Mielke has been nominated as chair or vice chair of two other bodies he serves on, only to be passed over for someone else. In each case, he was spurned by either the Regional Transportation Council or C-Tran boards.

The process of picking a chair or vice chair is usually pretty routine. Often, the first person nominated is the person chosen without opposition. But recently, RTC and C-Tran have gotten into the habit of pitting two or more candidates against each other in a vote-off. And the impending departure of Clark County Commissioner Steve Stuart has prompted in even more votes than usual.

– In April, Mielke and Camas City Councilor Melissa Smith are nominated for RTC vice chair; the board picks Smith.

The posts generally rotate annually. The vice chair typically becomes chair the following year — as was the case with some of the above votes.