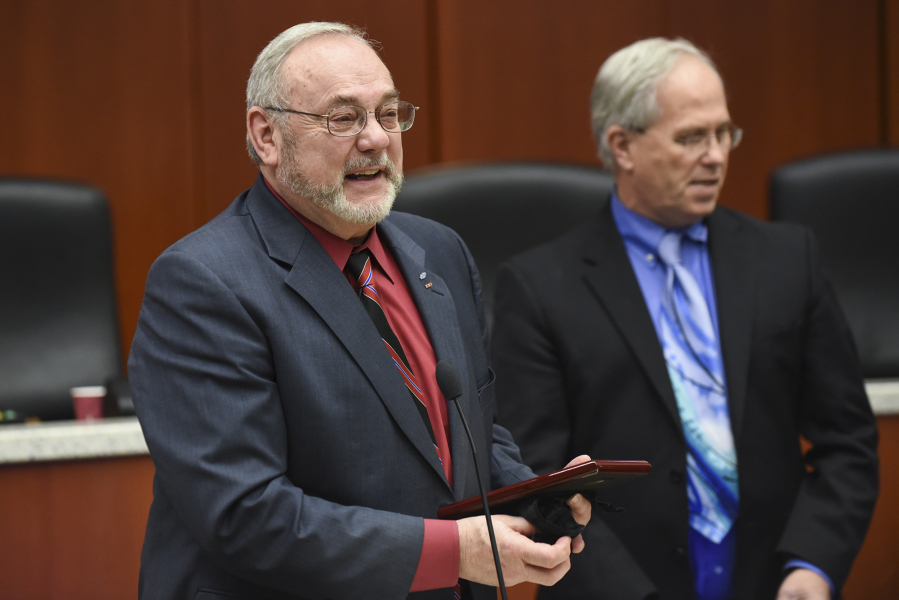 A former GOP state representative and Clark County Councilor appears to be weighing a write-in campaign against an incumbent Republican state senator.

During a remote meeting on Saturday, the Clark County Republican Party heard a campaign pitch from Tom Mielke, who is apparently considering mounting a challenge to Sen. Ann Rivers in Washington’s 18th Legislative District.

Earl Bowerman, chair of the Clark County Republican Party, confirmed that Mielke addressed the group over the weekend. The county party ultimately declined to back Mielke’s campaign and has yet to issue a formal endorsement for the general election race.

Bowerman declined to comment any further on the proceedings at the Aug. 29 quarterly meeting. The agenda included a line-item “Motion to endorse Tom Mielke,” though the motion evidently failed.

As for Mielke, he’s yet to respond to my requests for comment.

Mielke previously served four terms as one of two state representatives from the 18th District. After that, he spent eight years as a Clark County Commissioner-turned-Councilor before retiring in 2016. He concluded his career in the county government at the end of a contentious period, in which he and fellow councilor David Madore clashed with staff and other elected leaders. Before retiring, Mielke championed a recall petition targeting three other Clark County Councilors — two Republicans and one independent. At their joint retirement party, Madore called the duo “change makers” and “reformers.”

Rivers, who’s represented the 18th District in Olympia since 2012, has been the subject of lukewarm support from the Clark County Republican Party lately. A relatively moderate Republican, the county GOP challenged its own bylaws ahead of the August primary to back her challenger, John Ley, who swings further to the right (Ley didn’t make it through to the general). Rivers told The Columbian back in July that the snub wasn’t unexpected. During the primary, she’d supported an independent candidate running against Bowerman’s wife for a Clark County Council seat.

If Mielke does mount a write-in campaign, and that campaign gains some steam, it’ll be interesting to see how that decision plays out among the electorate in the 18th District. For what it’s worth, while the two Republican candidates in the August primary together took the majority of ballots — 61.4 percent — Rivers and Ley split the GOP vote. The single highest vote-getter was Democrat Rick Bell.