Madore disagrees with Madore on elections 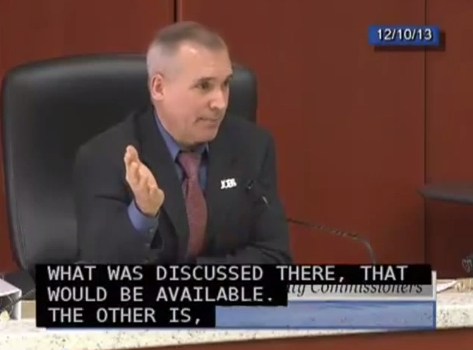 Clark County Commissioner David Madore says he’s keeping his promise to honor the vote of the people regarding the recent nonbinding advisory votes on light rail and bridges, even if some people may not like that light rail went down in flames.

“When they don’t turn out the way that we like, we understand that we try to dismiss them, but it’s the only way that we have that when the people speak, and we have an election, the results matter,” Madore said.

For months, Madore has been stalwart in his stance that he will honor the vote of the people on issues, even if he disagrees with them.

But countering Madore’s stance at the very same meeting was Clark County Commissioner David Madore, who has long chided marijuana use as he says it lowers intelligence and is addictive. Sure, the people voted to legalize it, but that doesn’t mean he should have to honor that vote.

“There are limits to what people’s elections can do,” Madore said.

Here’s a video of the exchange:

At Wednesday’s board time, Madore responded to Madore with a scathing rebuttal.

“The people’s voice always means something in this country,” Madore said.

Madore has yet to respond to Madore’s newest statement. But the county will be addressing marijuana issues in the months to come, so expect some logic to counter that statement.

The single meeting flip flop means Madore gets to join the league of elected officials in Clark County who have said one thing and then changed their minds on the issue later.

It’s a tough group to become a member of because crazy people verbally attack you all the time. Just ask Vancouver Mayor Tim Leavitt, who has long been derided for flipping his stance on bridge tolls during his first mayoral term.