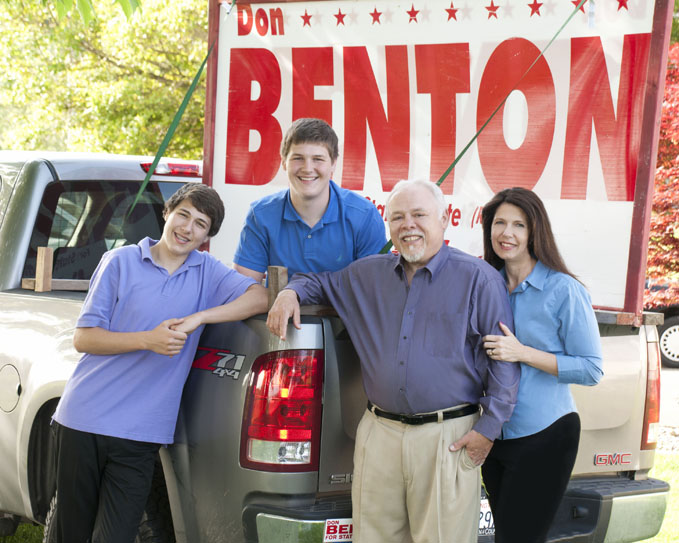 In a Slate piece this week, the publication, which described Benton as a “scandal-prone former state senator from Washington,” published a leaked memo he wrote to EPA staff.

After a week on the job, Benton wrote to EPA staff, saying they are “among the best I have ever had the opportunity to work with.”

Slate appropriately described it as attempting to “establish a chummy bonhomie” with the EPA staff.

But here’s where Slate gets it a bit wrong. They describe the next line of his memo as taking a page out of “his new boss’s playbook” by sharply criticizing the press.

“Due to the important nature of the work that is done here at EPA, we are falling under a greater media microscope than most agencies,” Benton wrote.

In bold, he added, “I, like many of you, am surprised each morning by what I read in the newspaper and see on TV news shows, because much of what we see is just not accurate.”

But, as we know in  Clark County, Benton has been playing this game for years. Even before Trump hit the national scene, Benton loved blaming the press for any unflattering coverage. Maybe that’s why he quickly found a kindred spirit in Trump.

What’s interesting is he also adds he can’t verify statements being made to the media by EPA employees.

“Many news outlets are quoting individuals who are no longer serving on the EPA transition team. I am not able to validate or reject the statements made by these individuals, since I am not directly working with them, and I have not seen many of the documents referenced in the stories,” Benton wrote.

So, he’s unable to validate or reject the statements being made, but after one week on the job, he can tell you they aren’t accurate.

Benton does speak to some media.

He told the Reflector recently, “It’s not every day a country boy from Clark County gets appointed senior adviser to the President of the United States.”