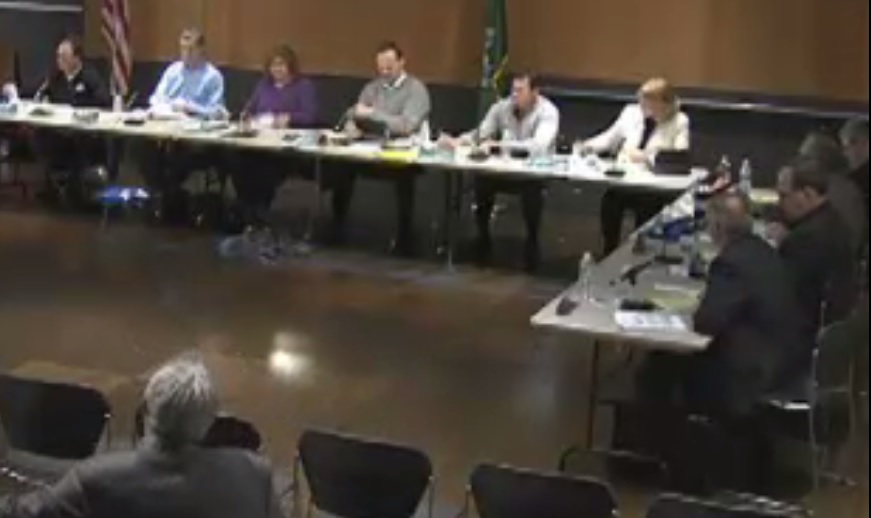 Anyone who has attended a C-Tran board meeting in the last few years knows there are times when the group doesn’t exactly hum like a well-oiled machine.

There was the uncomfortable stalemate over an executive session in May. Clark County’s act of civil disobedience in January. And who can forget the chaos surrounding the infamous light rail contract the board approved in 2013?

In an effort to function more effectively, the C-Tran board plans to brush up on its procedural skills during a two-hour training as part of its next meeting on July 14. Professional parliamentarian Ann Macfarlane will join the group for a lesson on Robert’s Rules of Order. That’s the set of guidelines most city councils and other public bodies use to run their meetings.

Macfarlane, whose company is called Jurassic Parliament, said she recently viewed video of the C-Tran board in action. Like many groups, Macfarlane said C-Tran appears to operate under some of Robert’s Rules, but not all of them. The training will include a “mock meeting” that raises various scenarios and how to work through them, she said.

Macfarlane said she’s been working with people on Robert’s Rules of Order since 2000. Among her past clients is the Washougal City Council.

C-Tran decided to connect with Macfarlane after hearing good things about Jurassic Parliament, said planning, development and public affairs director Scott Patterson. At least one current C-Tran staff member has seen the program first-hand with another city in the past, he said.

“I think it’s giving board members and staff a better grounding in running efficient meetings,” Patterson said. “It’s just making sure the meetings are as efficient as they possibly can be.”

Are you tired of painfully long meetings?

Would you like to eliminate discord but not dissent?

Are you trying to rein in a chair who thinks he’s in charge of everything?

I’m thinking C-Tran might say yes to at least two of those.