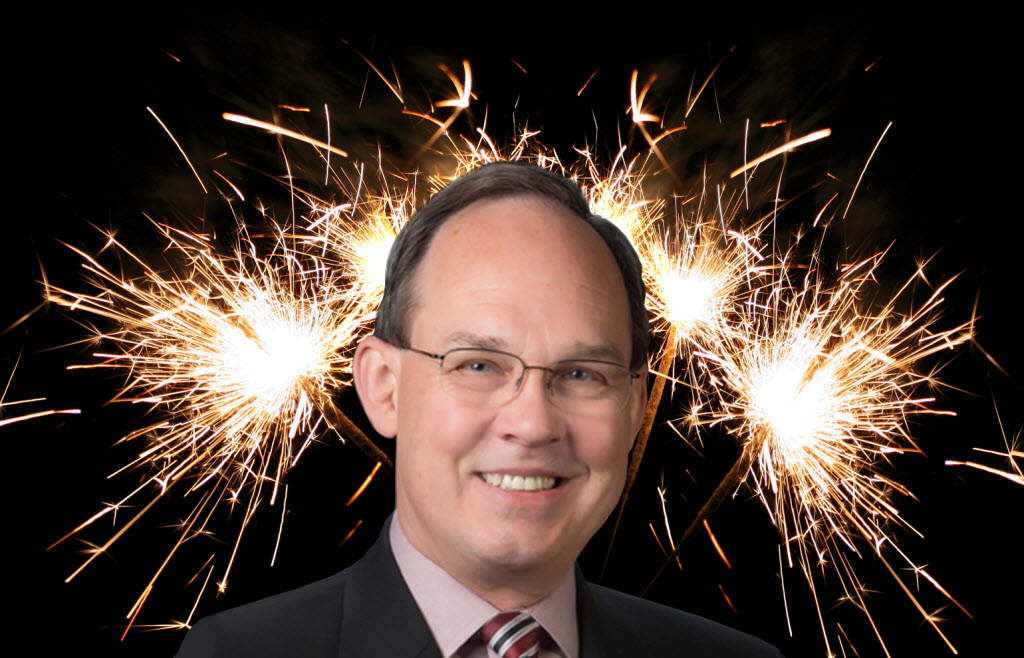 Burkman accidentally hit his thumb with a sledgehammer while installing a retaining wall. Then he asked his wife to look inside his work glove to see if there were any thumb bits that needed retrieving.

As Burkman described it on his Facebook page Sunday, “It took five stitches to put the inside stuff back in the end of the thumb and rejoin the nail bed that was torn asunder – after they removed the whole nail. Looks like I won’t be finishing that retaining wall for a bit.”

Monday, Burkman showed up to City Hall with a split and large bandage over his thumb. Imagining it was throbbing like a bass drum, I asked if he’d taken anything for the pain.

No, he said. He was going to wait until after the meeting because he didn’t want to be drugged up when it was time to vote on a proposed fireworks ban.

(For those who missed it, the council unanimously voted to ban personal fireworks starting in 2017.)

Regardless of where you stand on the fireworks issue, you gotta admit it was kinda noble to sit through an hour-long council workshop, council dinner and a two-hour council meeting sans pain medication while nursing a thumb that probably looked like, well, how you’d expect a thumb to look after slamming it with a sledgehammer and then piecing it back together. A Frankenstein thumb.

Too bad there aren’t any painkillers for the hammering he and other councilors are getting in the community over the fireworks decision. (To see what I mean, check out the story comments, numbering more than 80 at the time of this post.)