Harris to push for raising smoking age from 18 to 21 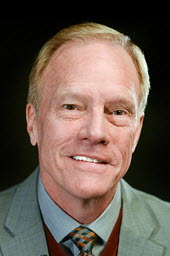 Rep. Paul Harris is determined to stop teenagers from smoking.

“I hate telling 18 year olds they can’t smoke,” Harris said. “But honestly, it’s the best thing for them.”

Harris has championed the idea of raising the smoking age from 18 to 21 in previous legislative sessions without much success. He’s once again teaming up with the state’s Attorney General Democrat Bob Ferguson.

The Vancouver Republican believes raising the smoking age would not only protect young people but also reduce the state’s health care costs in the long term.

“It’s still a heavy lift this session, but I think we will get this through,” Harris said.

Opponents have argued that if a person is old enough to enlist in the service, they should be able to smoke.

“Do you want to lower the drinking age to 18?” Harris said. “I haven’t heard a huge clamoring that you can serve (but not drink).”

Opponents also point to a loss of tax revenue at a time when the state is desperately seeking money.

Harris believes the estimated $16 million loss of money in the next two years would easily be made up in the long term by lowering health care costs associated with smoking.

“But we don’t have the foresight to look down the line. We’re just worried about today,” he said.