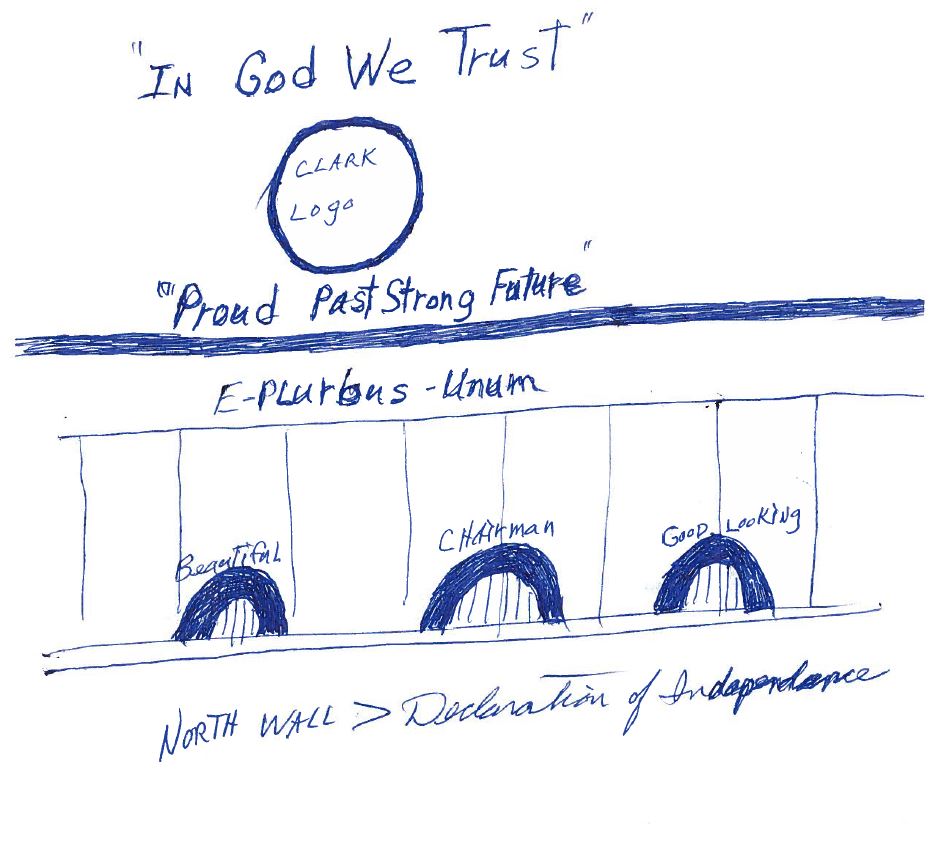 In general, I try not to be too much of a pest.

But when Councilor Tom Mielke presented a doodle of his vision of the placement of “In God We Trust” in the council’s hearing room during board time a couple weeks ago, I couldn’t resist. I filed a public records request for the drawing, and it came in today. Here it is, for your viewing pleasure. Councilor Tom Mielke presented this drawing during a council board time on Feb. 25.

Look, it even includes an “E Pluribus Unum” plaque, which several people called for as a compromise to posting “In God We Trust.” He got Clark County’s local motto wrong, though. It’s “Proud past, promising future,” not “Proud past, strong future.” Not like it’s constantly right above his head or anything.

O.K., it’s no Hillary Clinton email scandal, but it’s still a public record that Mielke at one point refused to share with me. I popped my head into his office after he shared the drawing and asked if I could take a picture of the blue scrawl. Mielke hid it and told me I couldn’t because someone would find a reason to be grumpy about it.

Well, yeah, they will. Just look at it. He called Councilor Jeanne Stewart “beautiful” and himself “good-looking,” but no reference to Councilor David Madore’s appearance? Come on, Mielke.

All kidding aside, I know Mielke was just spit-balling when he presented this, and as far as I know, it’s not being used as any kind of blueprint for future plans. My request, frankly, was probably an annoying one for staff as well as for Mielke to fill.

But it’s the principle of the thing that counts. You can’t refuse to show a reporter, or any member of the public who asks for it, a document you’ve entered into the record during a public meeting.