Council candidate puts it all out there 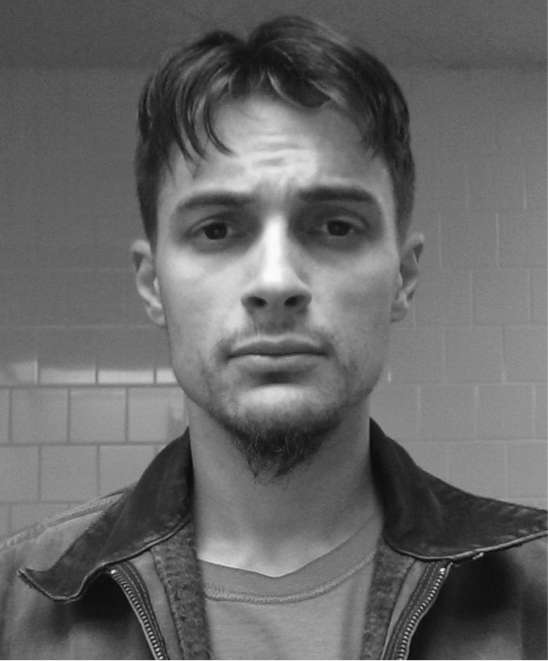 When it comes to Vancouver City Council candidate Justin Forsman’s campaign website, www.forsman4council.com, I don’t even know where to start. Lest I be accused of picking on him after running a story about his criminal history, I’ve refrained for several weeks from writing about it – but then I watched the campaign video he posted recently that was shot at Fort Vancouver TV, a public access channel.

Forsman, 27, is new to politics, and, as might be expected, he lacks the polish of seasoned candidates. But he’s hitting his campaign with gusto in hopes of unseating first-term incumbent Bart Hansen, a Clark Public Utilities employee who earned the nickname “Boy Scout Bart” for once rescuing a flock of ducklings from a busy highway.

I’m not going to opine on the content of the 18-minute campaign video on Forsman’s home page –- I’ll leave dissecting his views to his opponent. Here’s the first minute of the video. I’ll just quote the opening dialogue. After several seconds of silence, the audio begins at the 9-second mark as a still shot of Forsman’s web page plays onscreen.

“You can put that on,” a male voice says.

“You want me to put the mike on?” Forsman asks.

“You never know,” the man says.

“You never know what they’ll do,” Forsman agrees.

Forsman appears on screen. “Hi, welcome everybody. My name’s Justin Forsman and I’m running for City Council of Vancouver, Washington.”

I got a good laugh out of it, but seriously — nobody bothered to watch the video before posting it? That’s the first impression you want to give voters?

I emailed Forsman to see if he was aware of the mistake. Apparently he wasn’t.

“I seriously hope you’re not going to spin a story on this,” he wrote in an email Thursday. “My disabled veteran friend did not know we were live. A microphone was being put under a person’s shirt and a comment was made. We are working to fix the issue so the integrity of the video can stay intact.”

To be fair, I watched another Fort Vancouver TV video, and the same thing happened: several seconds of audio are recorded before a voice says, “We’re live.” Nobody seems aware the microphone is already on.

But it’s hardly the only quirky thing to be found on Forsman’s website. Here, the reader can find all sorts of random nuggets about his life, about which he writes in great detail. For instance, “I still remember the day my mother taught me how to tie my shoes at the Damascus Safeway.”

I learned that Forsman won the school art award in third grade, took first place in the Cub Scouts box car tournament and was MVP in Little League Baseball.

I learned Forsman had a troubled youth: he was a runaway, was placed in foster care and got in trouble with the law. At Juvenile Offender Basic Training Camp, he was elected “guide leader.” I learned he obtained his driver’s license at age 15-and-a-half and once worked at Wendy’s and Burger King. I learned he’s passionate about military veterans’ issues.

Good stuff. But… it makes me wonder if he’s looked at other political candidates’ websites and how things Usually Are Done. I’m all for nonconformity, but parts of his site are so bizarre that the whole thing comes off as a parody. I’ve heard people ask whether his campaign is a joke. But having spoken with Forsman, who seems incredibly earnest, I believe he’s sincere.

I’m not going to comment on his campaign platform — again, I’ll leave that to Hansen. Forsman’s goals if elected include lifting the ban on sleeping in your car, eliminating fluoride from city water because it purportedly causes cancer, investigating the level of weather modification happening in Clark County and finding out whether planes are emitting chemical trails to poison citizens. I’m sure those issues will resonate with some voters.

I think it’s great that someone with such a rough past has gotten to a point where he wants to serve his community. Also, I acknowledge this is a local city council race, not the Presidential race. But I do wonder how the down-home, “everyman,” conspiracy-theorist image Forsman is putting forth with this website will hold up in today’s cutthroat political environment in which candidates hire consultants to carefully craft their messages, and the slightest misstep or wrongly timed guttural yell (think Howard Dean) could mean the death of a campaign.

Don’t get me wrong – I love hearing people spill their guts. I love it when people are “real.” But when it comes to putting yourself out there in the political arena, perhaps less is more.