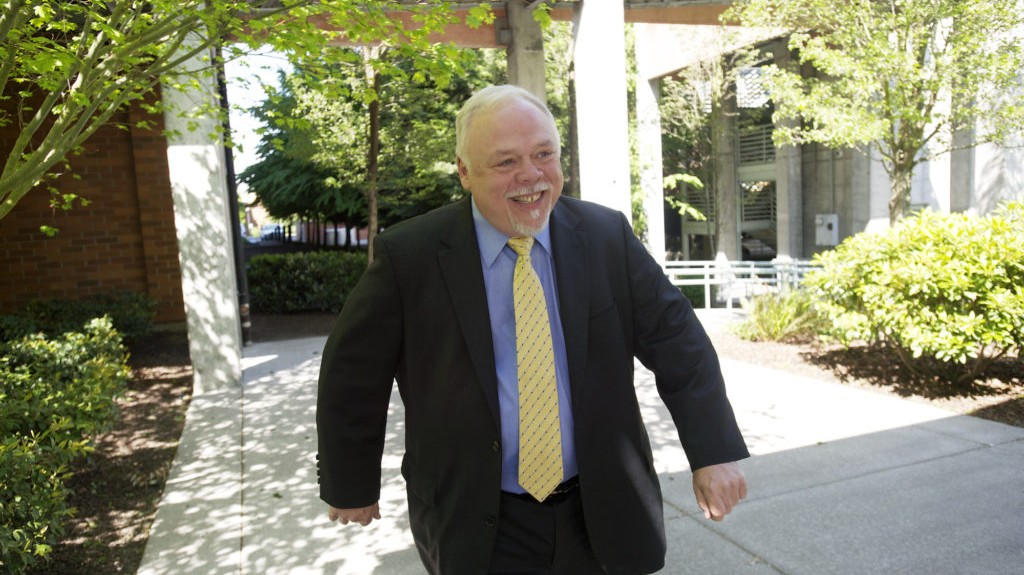 The Guardian has a story today linking Republican officials in the Pacific Northwest and right-wing activists who made headlines after fighting with anti-fascist protesters.

And guess who is at the center of their story?

Clark County’s Don Benton along with his son, Adam.

The Guardian reported John Beavers was given a framed replica of a Trump portrait after he violently clashed with anti-Trump protesters.

And it was given to him by the Benton father-and-son duo.

“The image is further evidence of links between Republican officials in the Pacific northwest and right-wing activists who are regularly seeking out confrontations with anti-fascist, or “antifa”, protesters,” The Guardian reports.

Beavers said the gift didn’t have to do with his fight in Berkeley and was meant to be a reward for his work on the Trump campaign.

“Beavers’ group is aligned with the Three Percenters and Oathkeepers, as well as other militia leaders who have helped foment unrest in cities such as Seattle, Boston, New Orleans, New York and Portland.”

There’s another Vancouver connection in the story as well.

“The Vancouver group to which Beavers belongs is fronted by Joey Gibson, who runs a YouTube video blog and Facebook group called Patriot Prayer. Gibson has vowed to press ahead with a controversial rally in Portland this Sunday, barely a week after a white supremacist fatally stabbed two men in Portland after they tried to shield young women from his anti-Muslim tirade.”