Take your ticket, cross your fingers 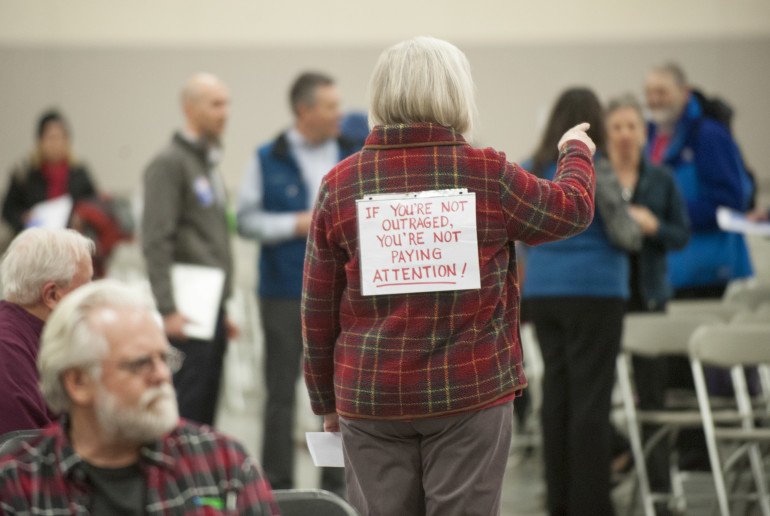 When I get to Tuesday’s public hearing on Vancouver Energy’s lease amendment, I’ll be in my seat for up to 12 hours. But that’s my job, and I’m actually pretty excited about that, because I’m a nerd.
When you, the public, get there, who’s to say how long you’ll have to wait before getting the chance to speak?
Since the port decided to choose speakers by lottery, instead of first-come, first-served, someone who shows up at Gaiser Hall when doors open at 8 a.m. might have to wait until 8 p.m. to speak. Someone who shows up when they give out the last lottery ticket at 7 p.m. could end up getting to speak before someone who slogged through 10 hours of testimony.
Though the lottery was billed as a way to fairly give everyone a chance to speak, I’ve had a few people call in today to decry the system as inherently unfair.
“People could be sitting there for hours,” one man said.
“This really doesn’t seem fair,” another said.
You get the point.
In January, when EFSEC held its hearings on the terminal’s draft environmental impact statement, the first people to show up were the first people to speak. Even with hours and hours set aside for public comments, hundreds were unable to address the council in person. (In all, the environmental review got a whopping 250,000 comments.) So is that a more fair and just way to do it?
At the very least, those decrying the lottery at the daylong hearing claim it could discourage participation. Since there is no guarantee you’ll get to speak, why not save a vacation day to celebrate or mourn the eventual approval or denial of the terminal? Given the magnitude of the project and the intense interest in it, I’d still bet on a big crowd.
Tuesday’s port meeting starts at 9:30 a.m. at Gaiser Hall, 1933 Fort Vancouver Way. The hearing on the oil terminal lease amendment will start after regular business wraps up (likely 10:30 a.m.) and run until 9 p.m. at the latest.
Follow me on Twitter @readbrooks tomorrow for updates and check Columbian.com throughout the day (though of course you do that already). And if you’re at the hearing, say hi to the nerd huddled over the laptop.