APIL denied second title after another trip to finals 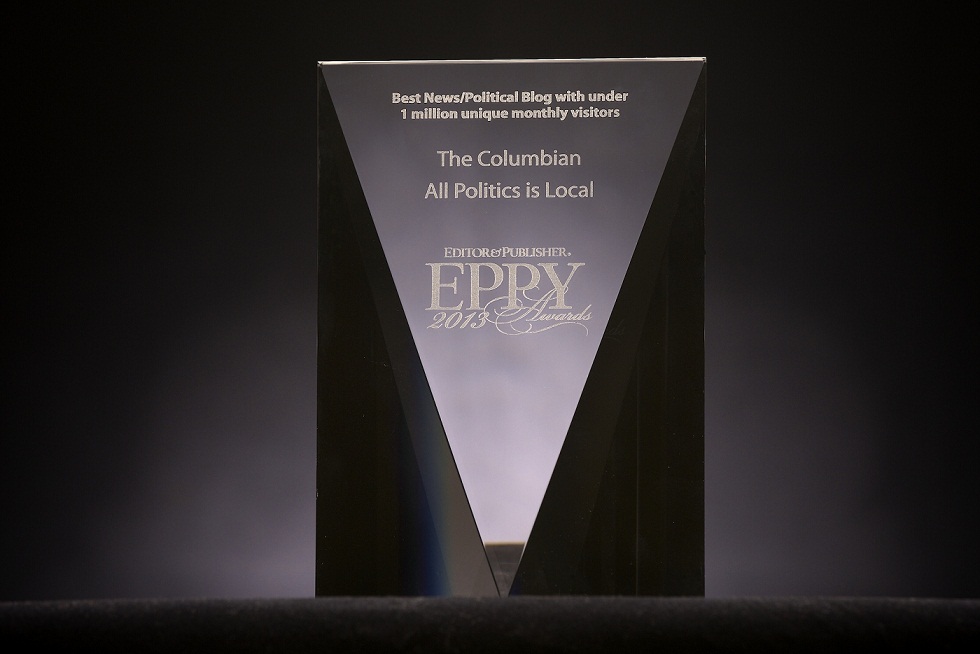 Looks like another honorable mention certificate will be en route to All Politics is Local.

Our little blog was again named a finalist in Editor & Publisher’s EPPY Awards for Best News/Political Blog with under a million unique monthly visitors. We won the contest last year after being finalists in 2011 and 2012. We thought we raised our game with the addition of the sock puppets. Our hopes were high for a repeat.

We found out today that we lost. I was disappointed until I clicked on the winning blogs by The Center for Public Integrity. While our blog is where we try to have fun, these “blog posts” would be front-page articles in The Columbian. Obviously any organization with integrity in its title isn’t going to have children voicing sock puppet re-enactments of public meetings. Or poking fun at noted wordsmith Tom Mielke. Or matching members of the Vancouver City Council up with the castaways from Gilligan’s Island.

Instead they are writing blog posts such as, “How Washington starves its election watchdog.”

I felt a little better after I saw it was illustrated with a cartoon.

All Politics is Local EPPY Awards