A quick guide to campaign signs 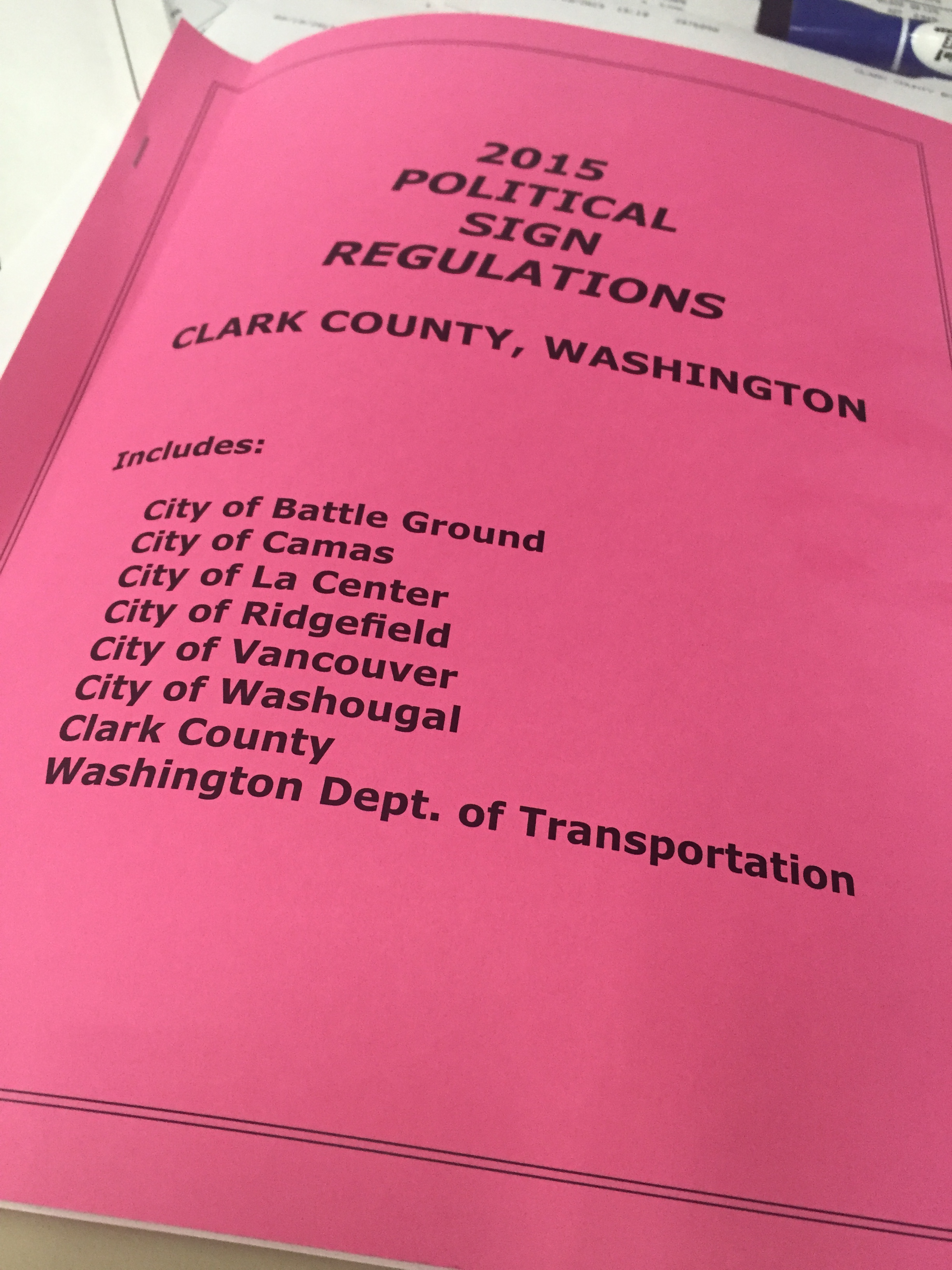 So how long before those campaign signs all over Clark County have to come down?

The answer’s not so simple. It depends on the municipality in which the sign is posted. Here are the local rules according to the handy-dandy guide the Clark County Elections Office provides all candidates:

From what I’ve seen so far, the candidates have been pretty quick to take their signs down. A number of signs I was seeing every day have disappeared, but the General Election—and with it a push to get votes—is still to come.