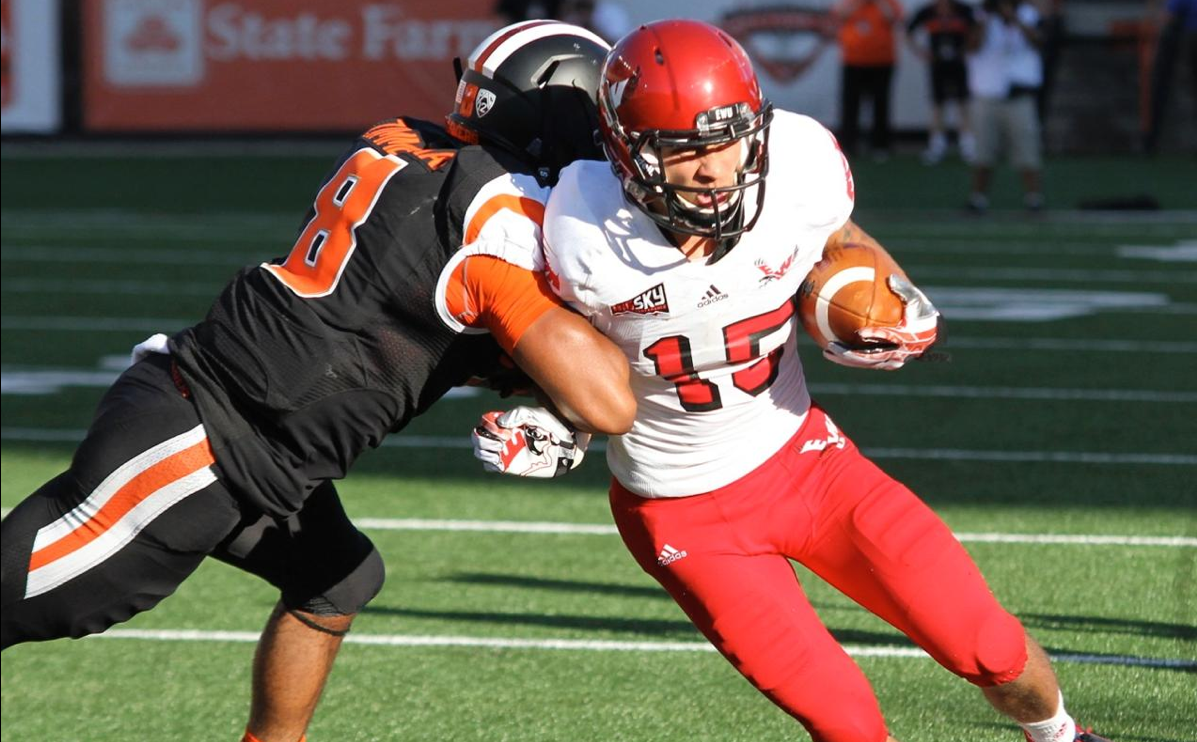 This just in from Eastern Washington ….

The Vancouver native leads the Eagles with 403 receiving yards this season, averaging more than 100 yards per game. He has also caught three touchdown passes on the year, second most on the team.

Those wishing to participate in the discussion are asked to use Eastern’s official hash tag, #GoEags, when posting to make sure their submission is seen.