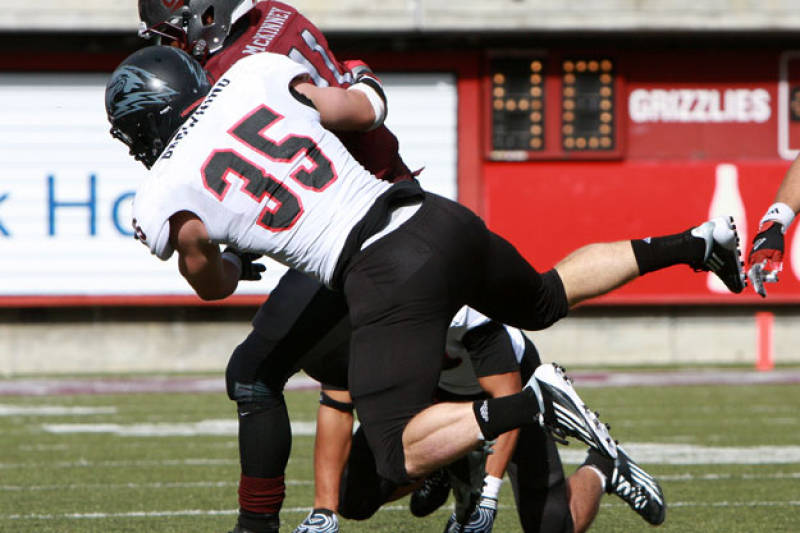 Washington State’s win over Southern Utah had extra interest for those who follow Clark County football players in college.
Southern Utah linebacker Zak Browning, a Union grad, is one of the top defenders in the Big Sky. Last season, his 11.6 tackles per game led the team and the nation’s FCS freshmen.

Browning, one of the team’s seven returning starters on defense, had seven tackles in the Thunderbirds’48-10 loss Saturday in Pullman. He started the year with a bang, recording 12 tackles in Southern Utah’s 22-21 season opening win over S. Alabama.  He had three tackles in limited action in S. Utah’s Week 2 49-0 win over Fort Lewis.