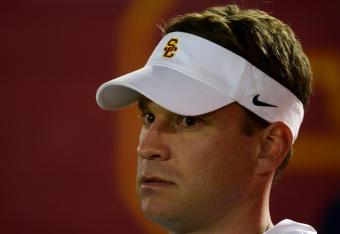 There’s one thing Tailgate Talk can’t resist … Anything related to the debacle that is Lane Kiffin’s coaching tenure at USC.
Sure, Los Angeles is a long way from Clark County. But seeing the Trojans struggle gives a warm feeling to Huskies, Cougars, Ducks and Beavers alike.

Tailgate Talk is actually conflicted about this. The longer Kiffin sticks around, the longer USC will remain a shell of its former self — a factory where five-star recruits are turned into feuding underachievers instead of NFL prospects.

I have a feeling this won’t be the only time a fire lane is used this way at the Coliseum this year pic.twitter.com/p5rZNC4Qnw