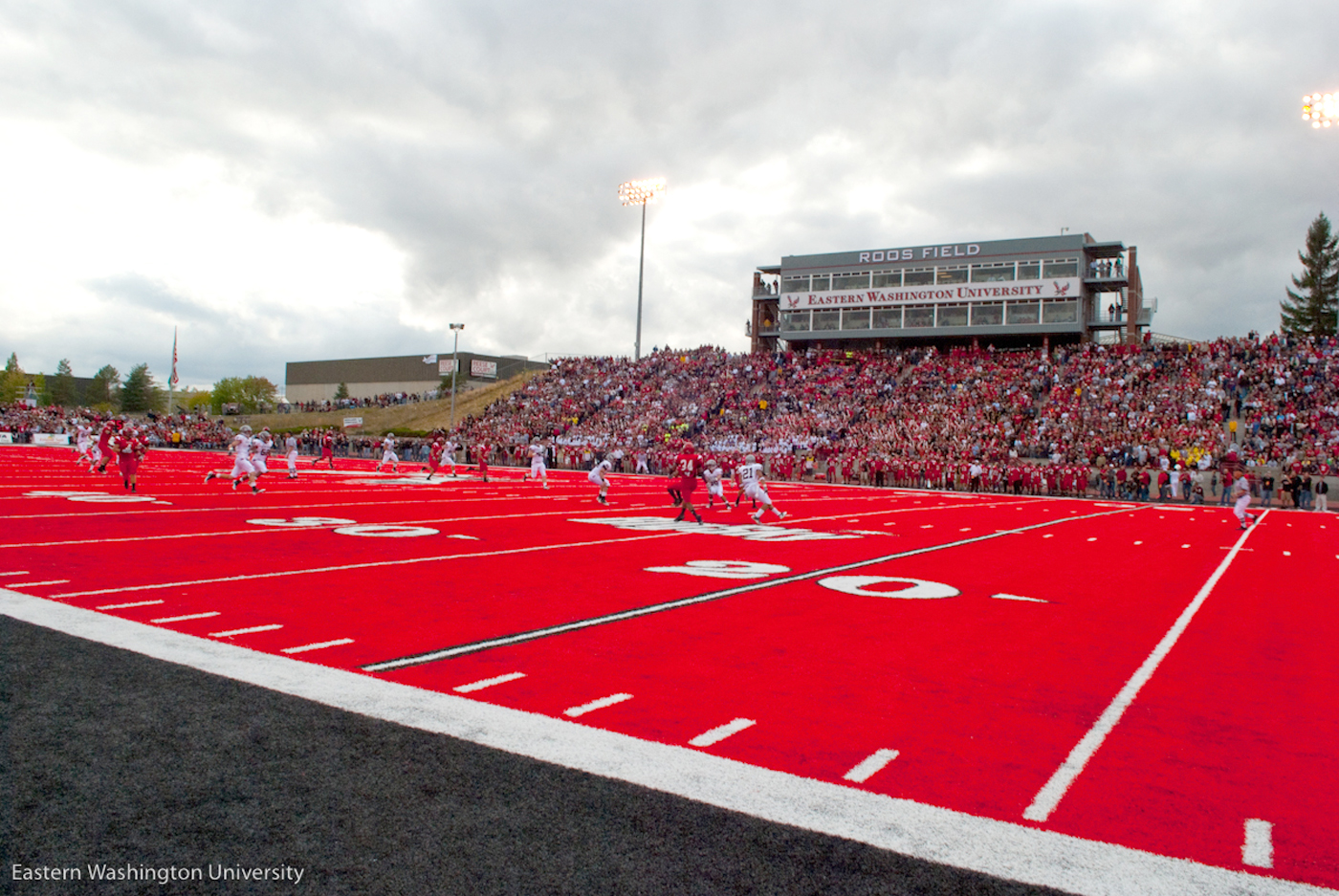 Eastern Washington has been one of the nation’s best FCS teams over the past few years. The Eagles won the NCAA Division 1-AA national title in 2010. Last season, Eastern advanced to the FCS semifinals.

Expectations are again high in Cheney this season. The Eagles are ranked No. 3 in the national coaches poll  and No. 4 in the Sports Network’s national FCS rankings.

Clark County players have literally left a mark on the program. The school’s bright red turf was made possible by Mountain View grad and current Tennessee Titans tackle Michael Roos, for whom the Eagles’ home field is named

Clark County’s presence in the Eagles program has remained strong. Six local players are on this year’s roster.

Fellow Heritage grad Steven Forgette is also expected to have an impact during his senior year. The left guard has been named to a handful of FCS preseason All-America teams. He missed much of his sophomore season with a broken fibula, but rebounded last year to become an honorable-mention All-American despite missing all of spring practice.

Next to Forgette in the trenches is Evergreen grad Ashton Miller. The senior center is on the preseason All-Big-Sky second team. Like Forgette, he also missed much of 2011 and all of 2012 spring practice after suffering a ruptured achilles tendon. Miller bounced back last season to earn honorable mention All-Big-Sky honors.