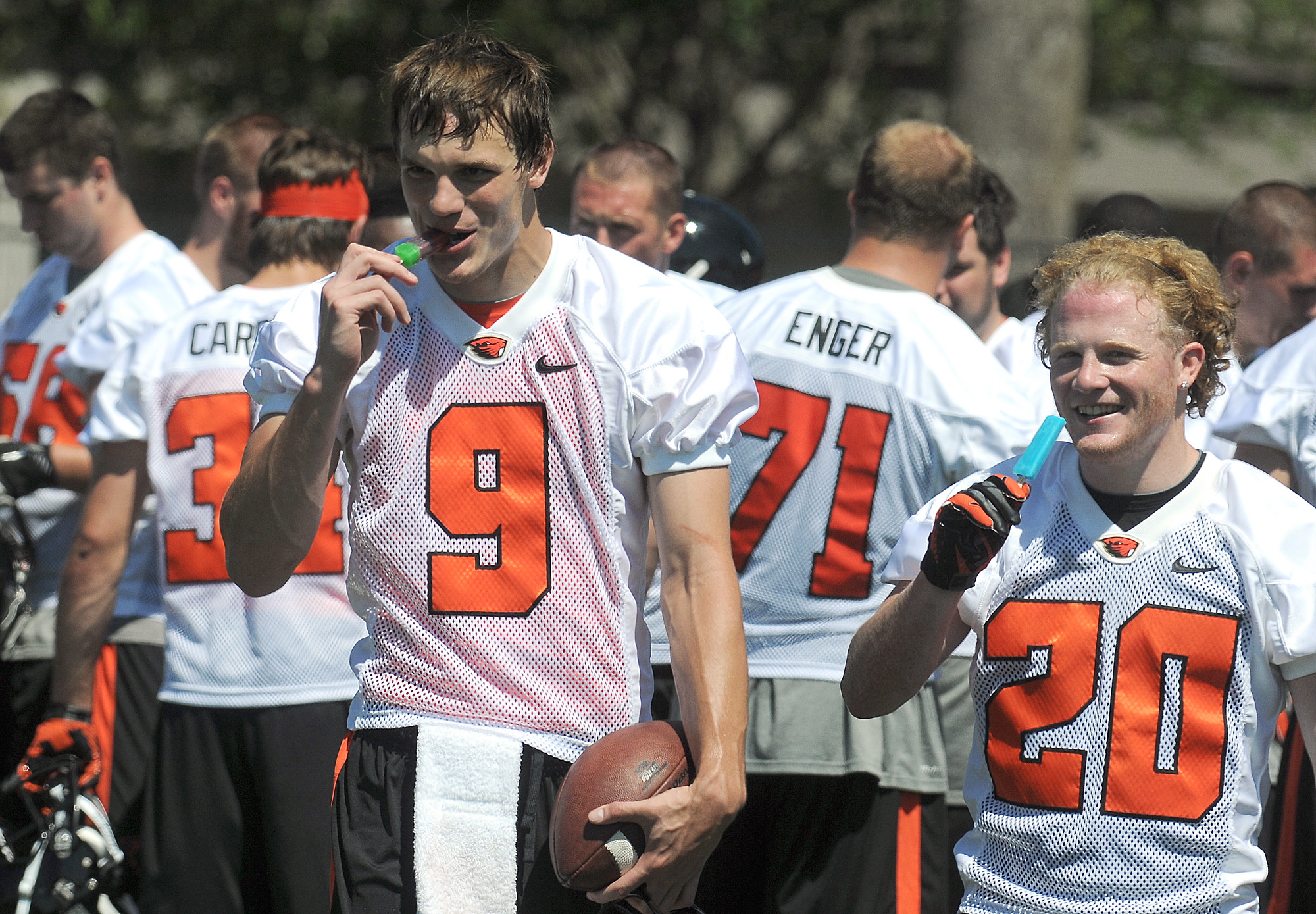 Northwest Pac-12 teams now have at least one week of fall practice in the books. Let’s take a quick look at what’s going on at each of the camps (Click on the links to read the stories):

In Seattle, the Huskies stepped up the intensity with their first full-pads practice Friday.

In Eugene, “competition day” raised the stakes for the Ducks.

In Lewiston, temporary home of the Cougars, Mike Leach’s Air Raid offense is catching on with receivers.

In Corvallis, the popsicles are really good. Actually, while much of the focus as been on the quarterback competition, the Beavers are assembling a respectable corps of linebackers.

Tailgate Talk doesn’t big-time anyone. There’s always room for updates on the smaller schools around the Northwest, especially if there’s a Clark County athlete on the roster. Soooo….

In Ashland, Southern Oregon is ready to start fall practice today. At quarterback, the Raiders are led by Skyview grad Austin Dodge,  who returns for his junior season to lead an offense that set a collegiate football record for both NAIA and NCAA with an average of 642 yards per game.