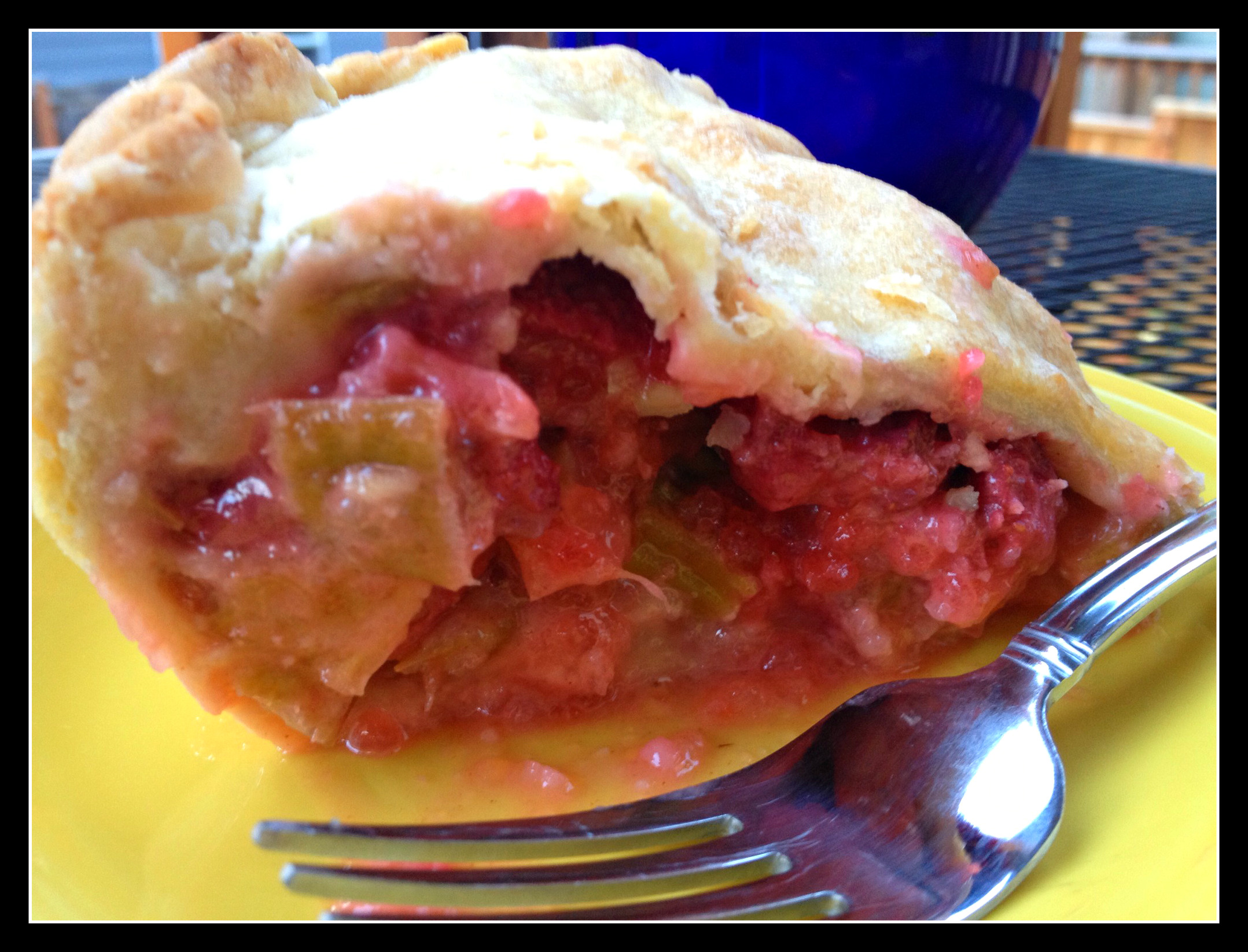 I’m the only person I know who sulks at pumpkin spice lattes and Halloween.  The problem isn’t really coffee or costumes, it’s that winter is coming (not Game of Thrones reference).  Winter is cold.  Winter is boring.  Winter is waking up in the dark, driving in the rain, coming home in the dark, walking the dog in the rain etc.  Repeat until April.   Unfortunately winter is not optional so I’ll just have to drink a pumpkin spice latte and deal with it.  Sigh.

Now that fall has officially started, we took down the garden.  As we were cleaning up I noticed our rhubarb plant had exploded with late stalks.  In protest of the changing seasons, I decided to make rhubarb pie and pretend it’s June. Roll out half of pie crust.  Place in pie pan.

Prepare second half of pie crust, place on top.  Seal and cut slits.

Now put on your shorts, turn up the heat in your house and eat under a bright lamp while you’re wearing sunglasses.  Too weird?  Serve pie warm with ice cream instead. I'm a self-taught Betty Crocker. Food should be pretty, delicious and have sprinkles. Professionally I'm a clinical social worker. Follow me on Facebook and Pinterest- Sugar and Spice Baking Blog- for great recipes, amazing restaurants and culinary adventures.