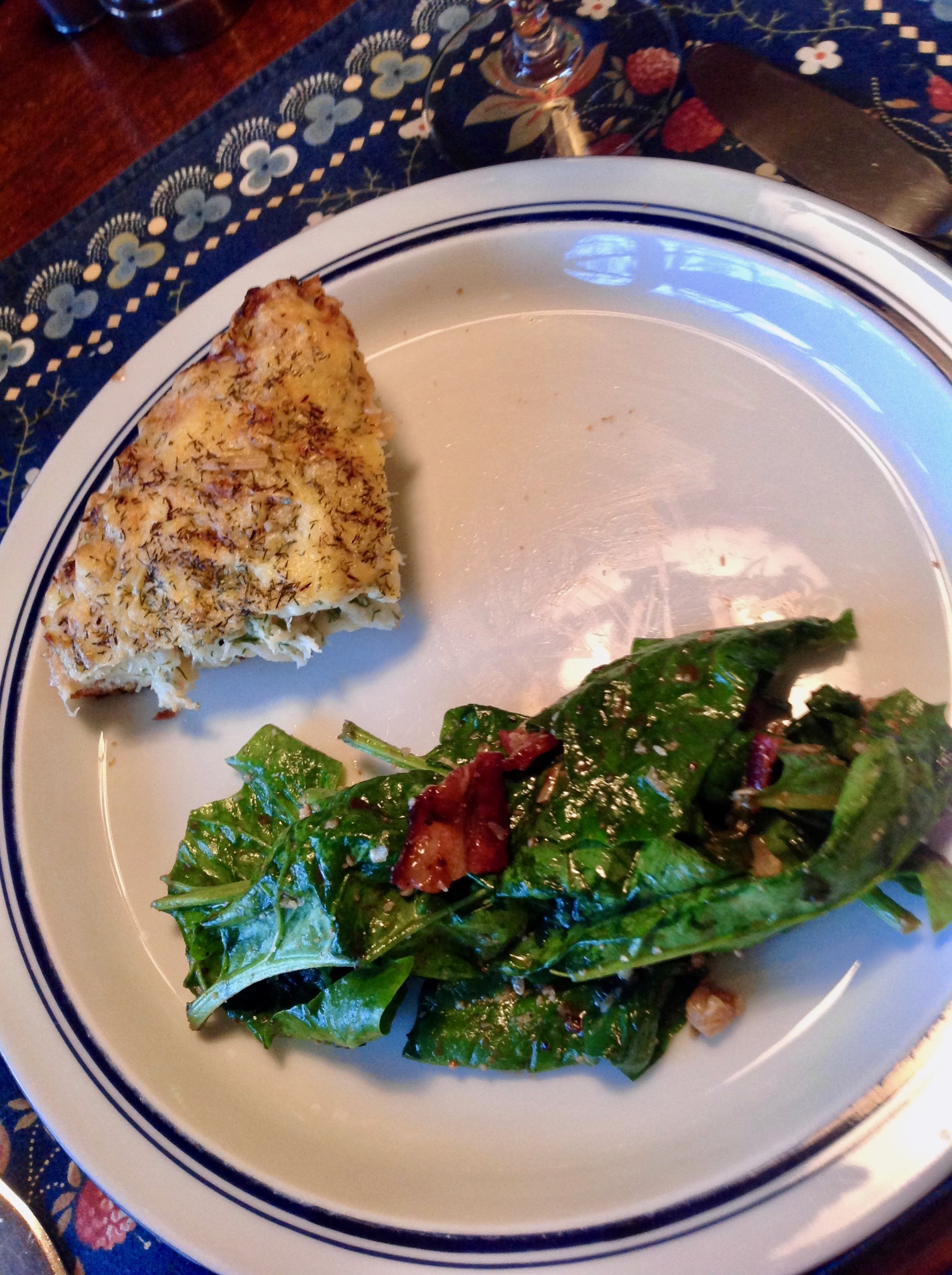 I didn’t hesitate when No. 2 son (John) dropped by the other night and offered to make dinner: a Dungeness crab sandwich alongside a spinach salad. I was thrilled to have a night off from cooking and made a quick deal. He would do the cooking; I would do the cleanup. Afterward, we talked about getting the recipes on this Small Plates blog. But he was worried about being exact.

“I never measure out anything,” he said. So I prodded him into approximate amounts. With that in mind, I suggest that you make adjustments as you go and build the sandwich according to what you think is the correct, spreadable consistency.

Bake at 350 for 15 minutes, then broil for 2 minutes until brown and bubbly.

Fry the bacon in a pan. Pull out the strips of bacon, reserving the grease. Wick out half the fat. Chop the bacon. Mix the rest of the ingredients into the bacon fat. Let it boil, then toss over the spinach until the spinach appears reduced by half. Sprinkle on Parmesan cheese.