Remember me? It has been awhile 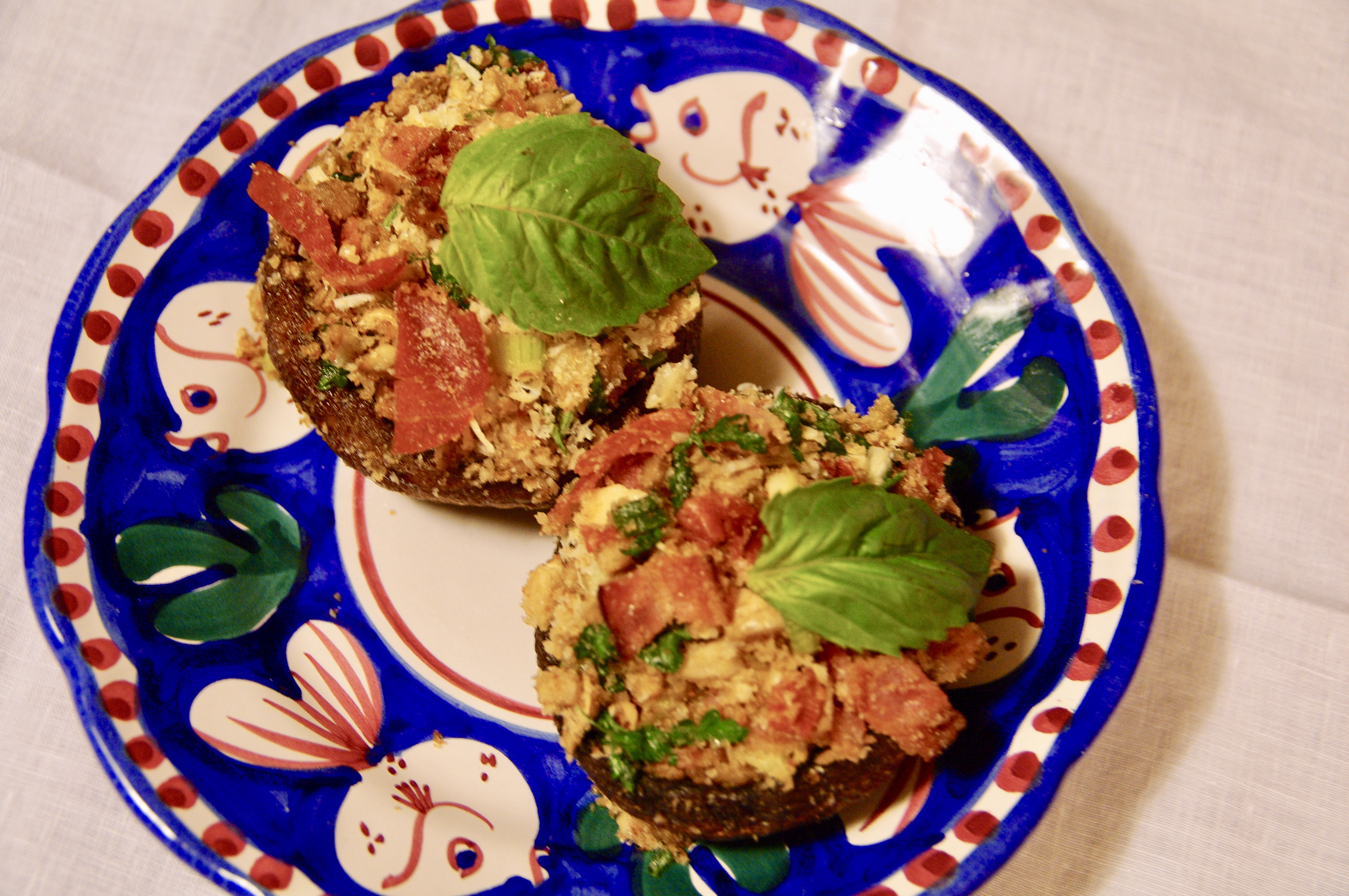 Stuffed portobello mushrooms remind me of a friend who used to order portobello burgers.

It has been a long time since I posted. I don’t know whether you’ve wondered where I’ve been, but I do know I haven’t forgotten you. Not for a day.

I guess I was just uninspired about making new dishes, so I neglected this blog. I’m writing today, however, because a couple of nights ago I had some fun with Facebook and food. When I asked my friends, “What’s for dinner?”, I found new ideas, and I was reminded of dishes I haven’t made in a long time. Former Columbian colleagues Vickie Nesbit, Don Chandler and Mary Bellotti, among others, weighed in. (Mary was once the food editor at The Columbian.) Former co-workers from The Oregonian contributed, too. (Joan Harvey still writes food stories for The O.) I heard from high school pals Pamela Ayer Giachetti, Iron Nancy, Angela Pinti and Bonnie Tognetti, all living in California. And extended family — Kelly Fusco, Kimberly Stoll Cardella, Trish Conboy and Janette Szwelnis Beighel — had good dinner plans, too.

The Nesbit post was pretty funny: She and Terry Weiner apparently were feasting on leftover Chinese takeout and a bean and cheese quesadilla. “Going global,” Nesbit said. Hmmm, Monday night, I thought.

So thanks to all who entertained me on Facebook. To get me back in the blogging groove, I offer a recipe for stuffed portobello mushrooms.  If you have suggestions, send them my way. I’m all about making a meal better.

3 thin slices proscuitto, cut up (Note: I only had one slice of proscuitto in the fridge, so I used two slices of bacon. I know, it would be better with all proscuitto.)

Place the baking rack in the middle position. Heat oven to 350.

Heat the butter in a skillet. Add the chopped stems and white mushrooms, garlic and onions. Sauté the mixture and then add the prosciutto and parsley, then the bread crumbs. I have to admit, I’m not a very precise cook when it comes to making something like this. I prepared two portobello mushrooms, but I had enough stuffing for three. Stuff the mixture into the portobello caps. Top with the Parmesan. (You be the judge of how much.) Stick them under the broiler until the cheese melts and the stuffing looks browned. Place a basil leave atop each portobello. Serve at once.

What happens when a retired journalist spends a lot more time in the kitchen than in past years? She tries new dishes and jumps at the chance to write a blog about food, family and good times. My kids are grown now, but I'll be looking back at how they learned to cook, what recipes my husband (the Intrepid One) and I are experimenting with, and how food and conversation make for happy times in the kitchen. I worked for The Columbian for 15 years as a copy editor and another 10 elsewhere, though I didn't start out as a journalist. I thought I wanted to teach English literature. My husband grew up in Clark County, and I've lived here since 1983. My kids have grown and left home. Like my husband of 50 years, our adopted chocolate Lab would never pass up a chance for a tasty meal.