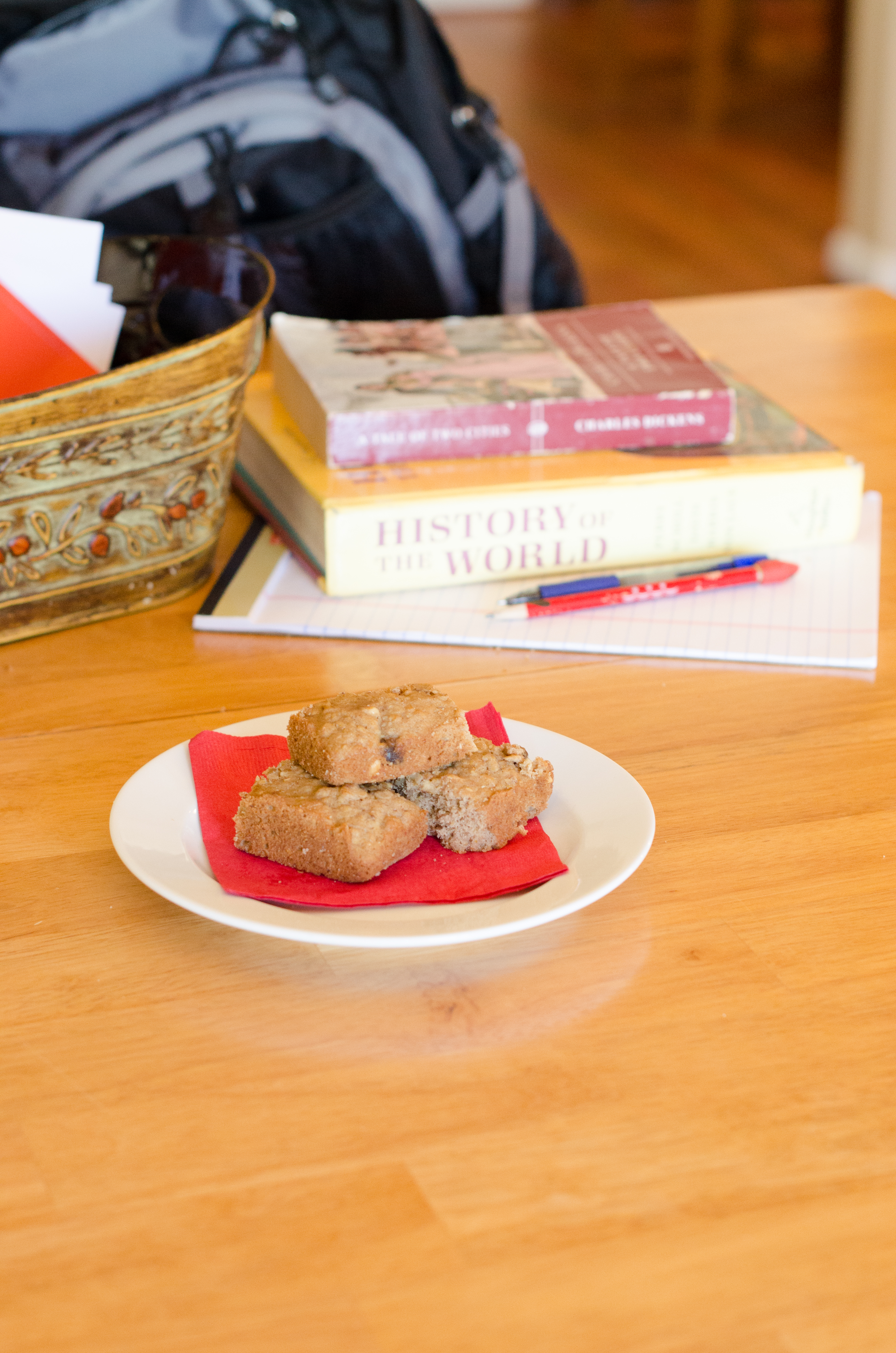 This post first appeared in Northwest Catholic, the magazine for the Catholic Church in Western Washington. Rachel Bauer of Rachel Bauer Photography, Washougal, took the photo. Besides food shots, she specializes in photos of newborns and their parents (http://www.rachelbauerphotography.com)

My kids were terrible when it came to eating breakfast before school. Yes, we knew that the morning meal is the most important of the day. I probably told them a million times. But I admit it: My three sons preferred to hunker down in bed as long as possible.

“I’m not hungry now,” one would say. “I don’t have time,” another would tell me.

So off they would go, dashing to school at the last minute. I would sit at my desk in The Columbian newsroom, worrying all the way to lunch about whether they would have a power outage and not be able to do their best.

Those days are long behind me, but every mom has flashbacks during the back-to-school season. The August reminders about school supplies and new shoes got me thinking about how I could have helped more during my kids’ school days. I came up with breakfast bars made out of some of their favorite ingredients — along with notes of encouragement as little gifts, sometimes from Mom, sometimes from Dad.

Of course, there’s always more a parent can do on a harried school day by sending up prayers to two saints in particular: Pope St. Gregory the Great, patron saint of teachers, and St. Thomas Aquinas, patron saint of universities and students. We may get energy from nutrition, but we get inspiration and help from the saints.

St. Gregory’s feast day is Sept. 3, just when students and teachers are headed back to the classroom. He has been called the “father of the medieval papacy” and is one of the church’s most influential writers. Gregory (540–604) described himself as “servant of the servants of God,” a title that has been used by all popes since.

The feast day of St. Thomas Aquinas (1225–1274), a Dominican, is Jan. 28. His greatest work, the Summa Theologica, profoundly influenced Christian thought. He studied at Cologne under St. Albert the Great and taught at Paris. Nicknamed “the dumb ox” by fellow students, he was apparently big, slow-moving and taciturn. When he did speak, however, he was brilliant, and his teacher Albert prophesied, “This dumb ox will fill the world with his bellowing.”

Let’s take note from St. Thomas Aquinas as we begin the school year. Our students should know that when they have ideas to send forth, we’re listening.

This recipe is adapted from “Ida’s Oatmeal Rocks.” My mother-in-law brought this recipe with her when the family moved from North Dakota to Vancouver in the early 1940s. No one in the family can tell me who Ida was.

Heat oven to 350 degrees. Line a 9-by-9 pan with parchment paper, or lightly grease it.

Cover the dried cherries with 1 1/2 cups of boiling water.
Allow to soak for at least 10 minutes. Set aside.

Cream the butter and brown sugar in a large mixing bowl. Beat until smooth, and then add the vanilla and egg. Gradually add the wheat germ, the oats, and 5 tablespoons of saved cherry water with the baking soda.

When that is beaten, sift the flour, salt, baking powder and cinnamon together, and then slowly add the dry ingredients to the creamed mixture. The batter will be stiff.

By hand, mix the cherries and nuts throughout. Pour into the pan and bake for about 12 minutes. Check often; do not overbake. The bars are dense, not delicate, so they can be hauled around in a backpack.