Gluck – Making the Most of the Much Maligned Melano

For most, the hot topic/question for the Timbers is… What to do about Luca?

For me, it’s certainly a short-term concern, but I’d submit there’s a longer term question that still needs to be answered that far outweighs what to do about Luca.

To explain, if you will.

The Timbers have seen the trees through the weeds and first asked themselves this offseason:  Was the poor performance – for the whole team – a cause or effect of something more pear-shaped? 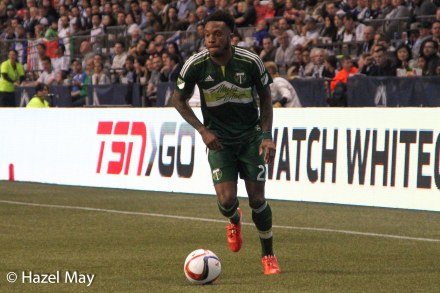 In summary, give or take, the Timbers have had roughly 90 player acquisitions with just ten showing great consistency of purpose and what I’d offer is a willingness to bleed Timber-Green.

Meaning, for me, the most pressing question is:  Have the Timbers made a good decision by hiring Ned Grabavoy as the Director of Scouting and Recruitment?

That offered…  Back to square one:  Making the most of the much maligned Melano and looking to answer the question – should the Timbers retain the services of Lucas Melano?

Team results – the bottom line on how success or failure is measured:

Porter indicated the club is in the market for wingers that “help us execute our style of play. We want to press and if the wingers don’t press then it doesn’t work.” In the same interview with Paul Tenorio, Porter indicates the club is still evaluating whether F Lucas Melano is a long-term fit.

So what’s the skinny on how Lucas Melano will “help us execute our style of play…”?

Lucas Melano needs to improve his first touch.  Porter likes to see his team move the ball quickly, especially during a counter-attack.  And if precision in ball movement is needed so to is a great first touch.  Until he improves his first touch I don’t see Melano helping his team execute Porter’s style of play.

Furthermore, Lucas needs to up his mentality on the pitch.  The idea that someone can be observed, and labeled, as a ball-watcher (who appears disengaged) usually means that player doesn’t have the right mentality to succeed.  When looking at that first list of players I offered earlier – all of them have a great mentality… in the words of a friend of mine – they look to bleed for the organization; Lucas doesn’t.

So what about a tactical shift to try and use Lucas a different way on the pitch?  Perhaps move him up above Diego Valeri – a false 10 if you will?

A shift in tactical team alignment might work but is the juice worth the squeeze?

Tactically the Timbers could shift and play a more narrow formation – say a Diamond 4-4-2.  They certainly have the players for a formation like that.  There’d be Adi up top – with Lucas playing off Adi.

With a formation like this your width comes from the fullbacks while Melano’s main tactics would include running lateral to the back-four, dropping deeper into the midfield as a connector, while purposefully trying to make and create space for himself and others across the width of the pitch.

The challenge here, however, remains the same.  To play a false 10 a player needs to have a great first touch – and – they also need to be 100% engaged (both on and off the ball) in order to maximize team opportunities.

If Lucas Melano isn’t in a position to improve his first touch, nor does he show a capacity for a stronger mentality on the pitch, then all Porter has done is shifted his problem from the wings to the middle.

Is the writing already on the wall?

In an article on Dec. 27, Goal.com’s Ives Galarcep reported that the Timbers are in the market for a Designated Player winger to replace Lucas Melano, who is drawing the interest of clubs in his native Argentina.

One source tells Goal USA that the Timbers are in the process of trying to sign a designated player to play as a wing midfielder, an addition that would help offset the expected departure of Argentine midfielder Lucas Melano, who the Timbers are preparing to unload after a disappointing two seasons in Portland. Multiple Argentinean clubs in the market for Melano’s services.

In that same article, news was offered that Rodney Wallace may be returning to the Timbers.  Here’s a direct quote on that topic as well:

Another player who could make his way to the Timbers is former longtime Portland midfielder Rodney Wallace. A key figure on the Timbers’ MLS Cup-winning team in 2015, Wallace is currently playing for Brazilian side Sport Club do Recife. The Costa Rican international told Goal USA last month that he would be open to a return to the Timbers, though he remains under contract in Brazil and would have to resolve that in order to pave the way for a return to the Timbers.

The Portland Timbers need players and a system to compliment Diego Valeri, not Lucas Melano. 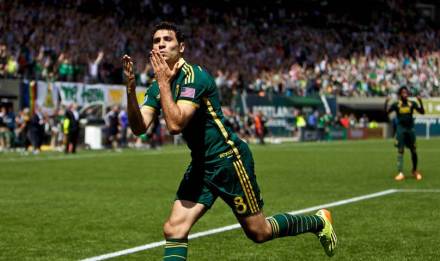 And while the speed Lucas offers, adds value, I’d submit there’s too many to-do’s for Lucas to continue playing in Portland.  The bigger question, however, still remains.  Can the Portland Timbers improve their overall player scouting and recruitment enough to where they don’t find themselves in a position like this next year?

What are your thoughts?