A look at the midfield performance during Breakers home loss 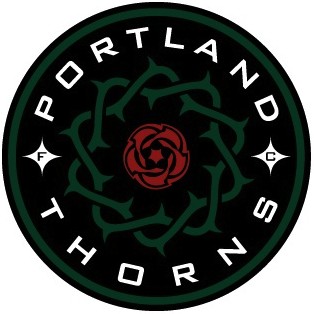 When I got home from our last thorns game, I found my laptop in the classic blue screen of death, as such.  No Line-up graphic for this game.  Hoping to have that sorted out shortly 🙂

Last game.  A 2-0 loss to the Boston Breakers, both goals from NWSL Player of the Week Sydney Leroux.

Portland continues to feel the loss of Becky Edwards.  Her influence as both a screen for the centerbacks, and as a great possession midfielder helped portland settle into this season well.  She allowed Allie Long to get up the field and link up with Christine Sinclair.  In the last few games, Long has had to drop deeper into the defensive midfield role.  A role she is not entirely suited for.  Long doesn’t patrol around the park laying tackles, its just not her game.  Her passing isn’t bad, but she isn’t the intimidating midfield fulcrum that we need to replace.

Boston played a pretty straight 4-3-3 (4-5-1 defensively) against the Thorns in Portland last week.  Their 3 center mids were able to dictate play.  Why?   Space.

Thorns came out in a very wide 4-4-2.  Standard flat back 4 with Wetzel filling in for Dougherty.  2 Center forwards.

But the strangeness was in the midfield.  Allie Long held as the holding mid and stayed near the defense.  Sinclair stayed up near Shim and Morgan up top.  And Weimer and Washington played wide on the wings.

The gaps were significant and resulted in the most disconnected performance I’ve yet seen from the thorns.  Eventually Weimer and Washington each began to pinch a bit and they started to link up a bit more.

But 11 minutes in the Breakers got their first.  Nikki Marshall had a moment she won’t want to see again in film when she took her eye off a long cross field ball and let it run out of bounds.  On the ensuing throw in Boston found a couple of those gaps we were talking about a minute ago, and Sydney Leroux belted a 20+ yard shot into Karina LeBlanc’s side netting.

Boston’s second came with 6 left in the first half and the Thorns were left to reshuffle after targeting only one shot on goal in the first 45 minutes.

The second half was better.  Sinclair moved back up top, Angie Kerr and Danielle Foxhoven came into the midfield, and the Thorns went 3-5-2.

It worked for the most part.  The chances came.  Finally each team had 3 center mids and a bit of balance was restored.

The gaps that Boston had enjoyed and exploited in the first half became a bit more congested.  Foxhoven and Kerr brought a contagious energy that the crowd was happy to amplify back, but the break through just wouldn’t come.

a 2-0 loss at home but Kansas City failed to capitalize so the Thorns FC still sit 2nd in the table and on pace to make the playoffs.