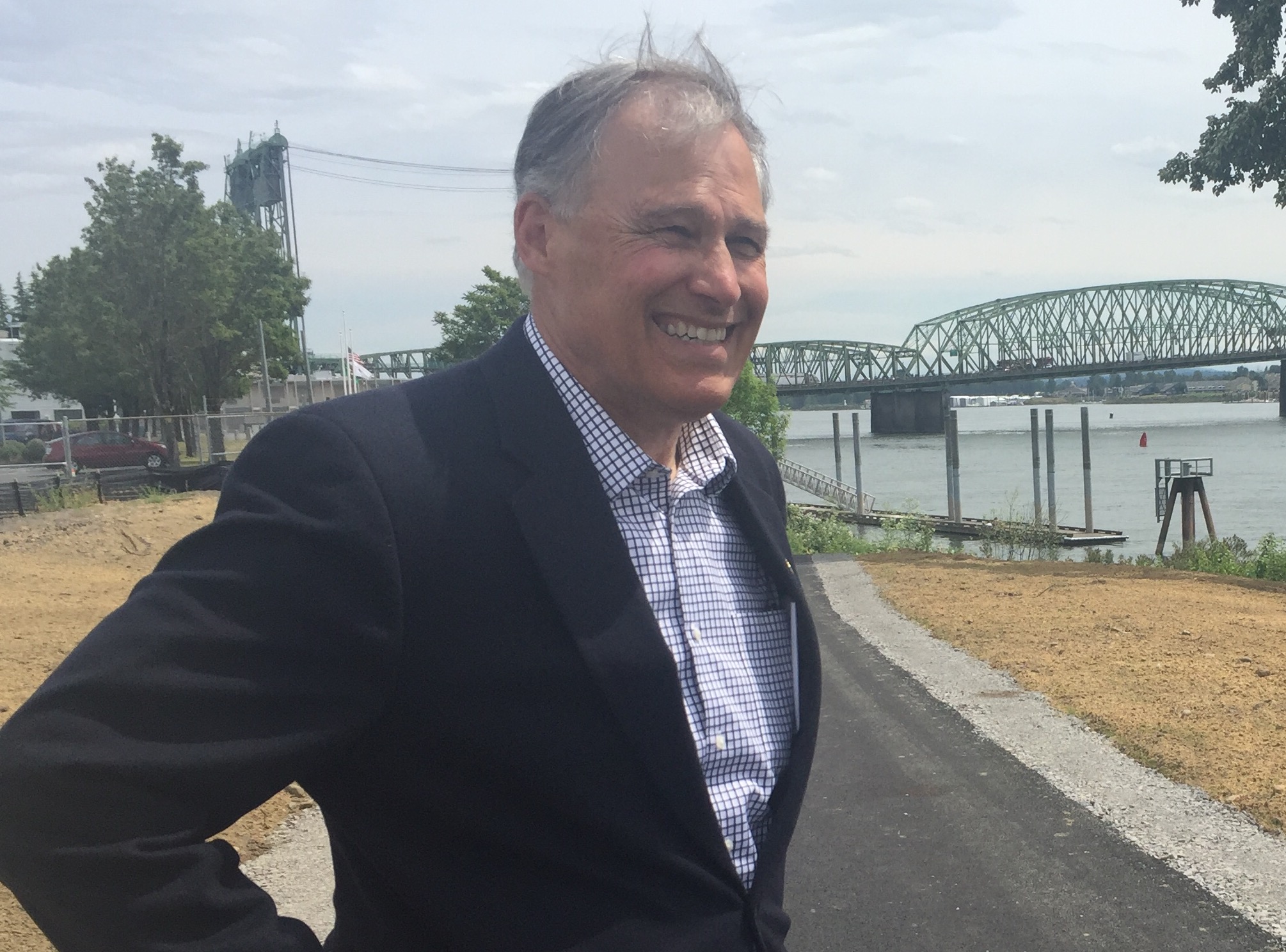 Gov. Jay Inslee visited Vancouver’s future waterfront park on Wednesday and called it a center of economic expansion that will benefit the entire state.

As Inslee walked along the river, the Interstate-5 bridge loomed in the background.

Inslee said if he’s re-elected he will once again try to gain momentum for replacing the aging bridge.

In the previous two legislative sessions, some Southwest Washington lawmakers tried to create momentum to form a coalition of lawmakers from both sides of the river to revive discussions of a crossing over the Columbia River. The efforts failed.

It’s a project of importance to the entire state, Inslee said on Wednesday, not only Clark County.

When Inslee was asked whether it might be easier to gain consensus with Benton retiring, the governor replied, “markedly.”