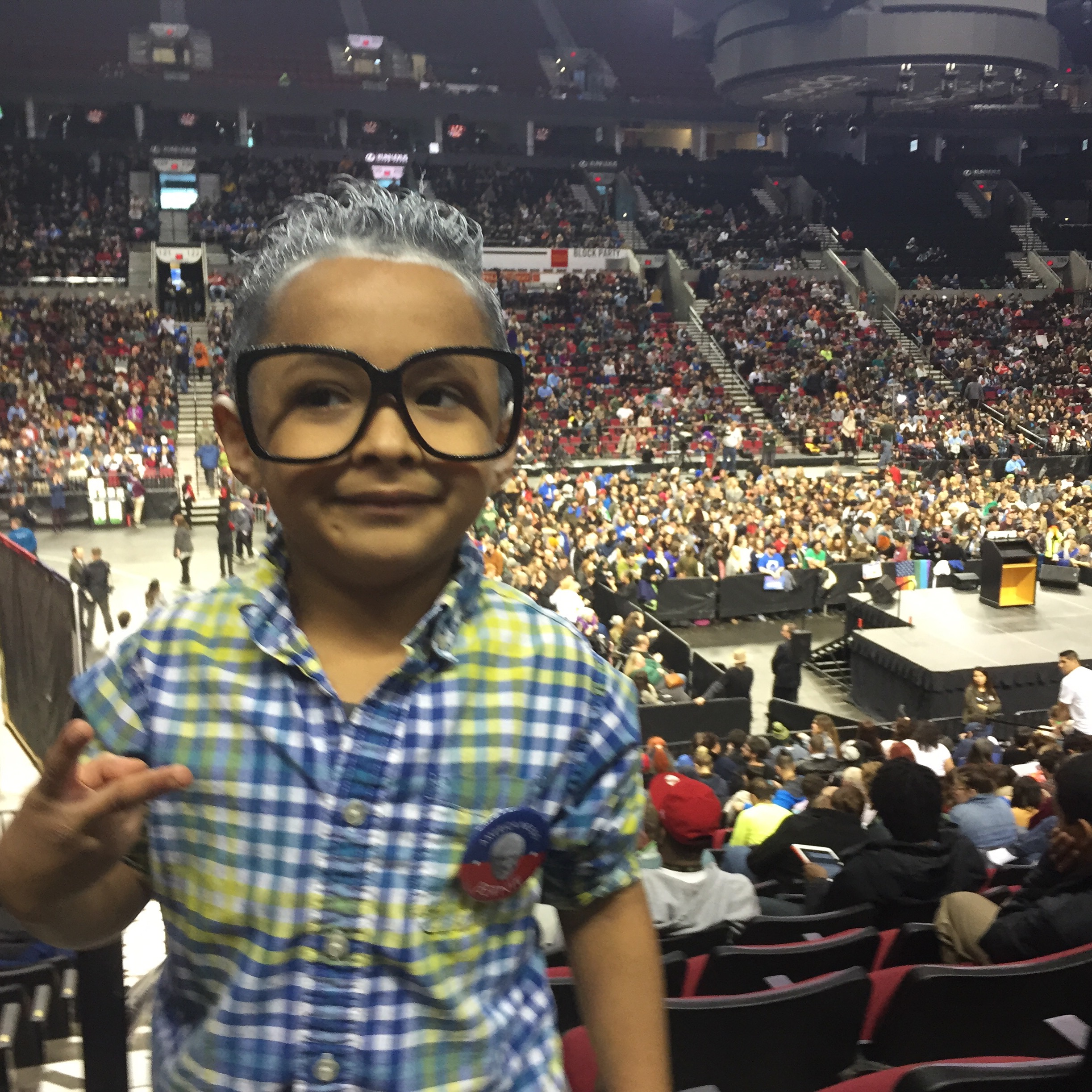 And he had the routine down.

His black hair was dyed gray; his tiny face was overwhelmed by oversized Bernie-like black frames.

Marquez posed for reporters. He smiled for selfies. He cupped his hands around his voice and shouted up at the bleachers, “Vote for Bernie Sanders!”

The crowd loved him.

His photo was retweeted and published on newspapers’ websites.

Marquez’s mom said he was adamant about attending both the rally in Vancouver and Portland.

His reason for supporting Sanders are straightforward.

“Trump knows nothing. Bernie would be a nice president,” Marquez said.