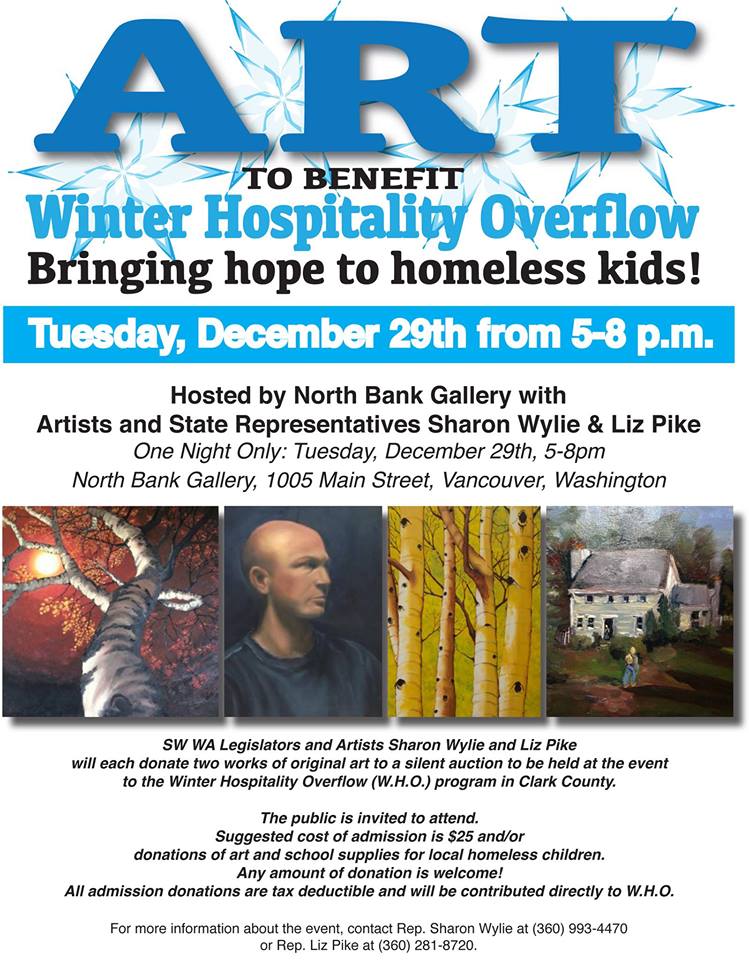 Reps. Liz Pike, R-Camas, and Sharon Wylie, D-Vancouver, have teamed up before.

Last legislative session, they joined forces behind a measure to carve out $100,000 for a bi-state bridge commission addressing Interstate-5 bridge.

With soaring rents and skyrocketing home prices, the number of people in Clark County who can’t afford a roof over their head is growing.

Just check out The Columbian’s story on Sunday.

Wylie and Pike, who are also accomplished painters, are planning on donating their oil paintings to a fundraiser to help homeless children.

“I’m honored to be working with my artist friend Rep. Sharon Wylie on this very worthy cause,” Pike said in a press release. “I cannot think of anyone else I’d rather team up with on a project like this than Sharon. We are using our talents and love of art to help the most needy of children at Christmastime in Clark County.”

The lawmakers plan to donate two works of art for a fundraiser at the Winter Hospitality Overflow, which is devoted to helping those in need during the winter.

The art show and sale will be from 5 to 8 p.m., Tuesday at North Bank Gallery, 1005 Main Street in downtown Vancouver. The event is open to the public, the suggested cost of admission is $25. Wine and appetizers will be served.

“It’s great to be working across the aisle with my friend and colleague Liz Pike,” Wylie said. “The needs of homeless children and their families in our community cross party lines. This is one area we can all agree on as Democrats and Republicans.”