It’s possible to be partisan and polite: Moeller vs. Crain 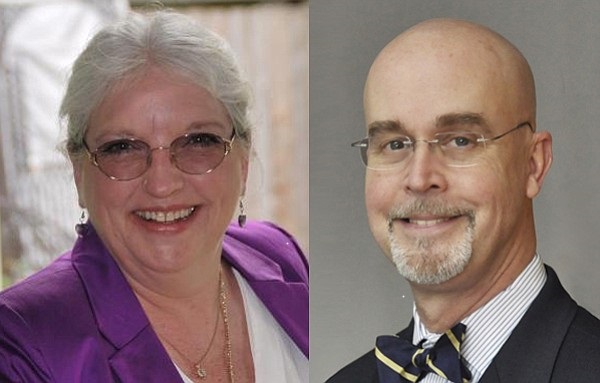 This week, Jim Moeller, a fixture in the state House for more than a decade, announced he’s giving up his seat to run for lieutenant governor.

In Moeller’s most recent races, he’s had a constant Republican adversary: Carolyn Crain.

When news broke Moeller wouldn’t seek re-election, Crain commented on the online version of The Columbian’s story: “Well then, Representative Moeller, you do realize that you just took my chance of defeating you away?”

She continued, “Thanks for the years of service and I’ll be looking forward to hearing who will step up and run against me.”

Moeller responded, “Thank you Carolyn for being an able adversary! See you along the campaign trail and in the funny papers!”

Moeller and Crain have had tense exchanges in the past.

After one election, Moeller reminded her, again in an online exchange, that he beat her like an “old rug.” Moeller usually wins re-election by wide margins, capturing 60 percent of the votes or more.

But overall – the majority of the time – the two have friendly exchanges.

Even in the last election, Crain and her Republican challenger, Lisa Ross, slung more insults at each other than Moeller and Crain.

It stands in stark contrast to what we’ve seen play out in local county politics lately, and therefore worth a mention.

Crain and Moeller, a liberal Democrat, could quite possibly not be on more opposite ends of the political spectrum.

And yet, they are still capable of a civil discourse and respect.

In the most recent election, the two sat across from The Columbian’s editorial board.

“Jim and I have been playing chess here for, well….” Crain told the board.