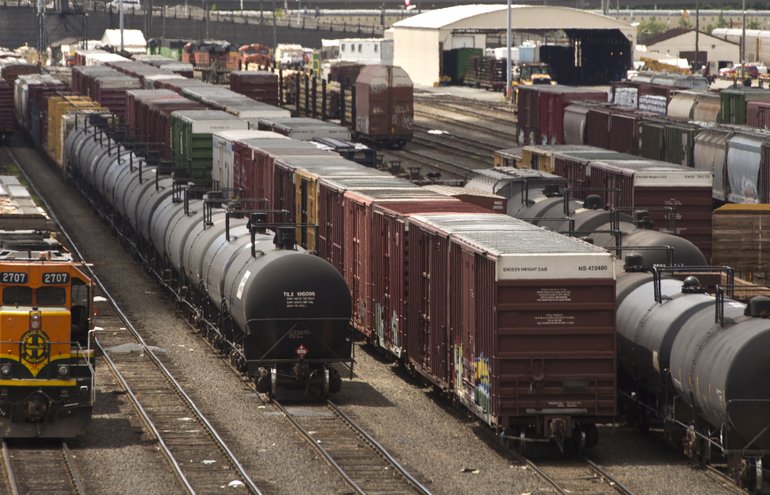 Hundreds of medical professionals are adding their names to a chorus of individuals expressing concern about the spike in volatile crude oil traveling the state.

Their reasons varied from a concern over air and water pollution to delayed emergency responses.
Pat O’Herron, a doctor from Oregon, said he squeezed a man’s heart in his hand until it started beating again.

“Five days later, he walked out of the hospital,” O’Herron said. “Two minutes more, he would have died.”

More than 19 trains per week could surge to more than 130 per week, some up to 1.5 miles long if all the proposed terminals are built, according to information from the Physicians for Social Responsibility.

“In trauma care, outcomes drastically worsen for seriously injured patients who need an emergency operation and don’t receive treatment within the ‘golden hour,’ O’Herron said in a statement. “Ten minutes can cost lives or save lives.”

Mary Margaret Thomas, a nurse, who helped with the clean-up of the BP Deepwater Horizon spill, said she “saw first-hand the grave effects of oil dispersants including nausea and vomiting, seizures and memory loss, undiagnosed skin rashes and lesions, and hormonal changes.”