Voters aren’t having it 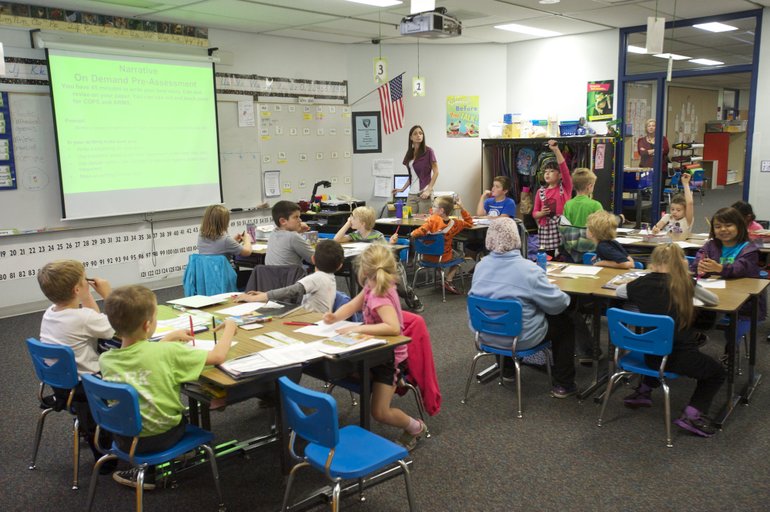 Washington voters made it clear in November they want lawmakers to reduce class sizes in all grades throughout the state’s public schools.

But they weren’t as clear on how to pay the $2 billion tab that it would take.

Lawmakers are struggling what to do this legislative session with Initiative 1351, which calls for reduced class sizes.

Both chambers have called for reducing sizes in only K-3.

An Elway Poll this week, states “the voters aren’t having it.”

The poll shows 53 percent of voters are sticking to their guns and want classes reduced across all grades.

Only 36 percent of the 505 registered voters sampled said it was acceptable to focus only on K-3 grades.

“Of course,” the pollster notes, “no particular tax increase was mentioned and actual support would be related to an actual tax proposal. A large lead in the polls last year evaporated as the cost factor was hammered home by I-1351 opponents, so this smaller lead may be vulnerable once real dollars are attached.”