No bickering: Probst is back 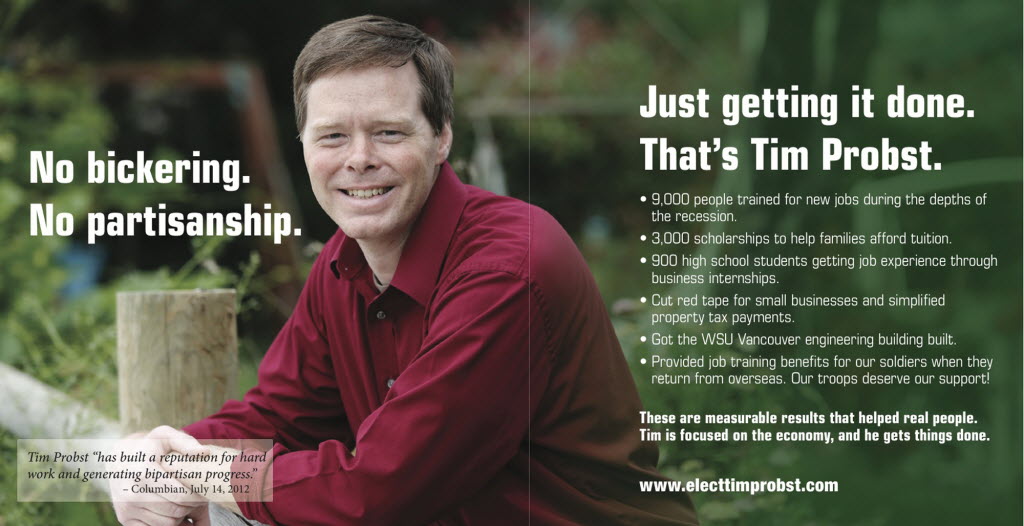 In December of 2012, after Tim Probst lost his bid for the state Senate to Don Benton by 76 votes, he told the press he would continue to live by the motto, “Do the right thing, and let the chips fall where they may.”

More recently, doing the right thing for Probst has meant creating the Middle Class Alliance, which is a self-described “grassroots nonpartisan organization that is giving a voice to regular people who feel disenfranchised by today’s politics, by empowering and organizing them.”

Really, Probst said, it’s a crew of people – there are officially 200 members – who grab a beer the second Tuesday every month and toss around ideas to grow the middle class.

“I think moderates and independents tend to be a bit less passionate … It’s not a natural group to organize, but if we don’t organize our voice gets lost and public dialogues become more and more divided and extreme,” Probst said.

Probst said the group is not registered as a political action committee, since it hasn’t collected or spent any money. The group will endorse political candidates. The group, officially formed in 2013, has held movie nights, a legislative day in Olympia and raised money for the Oso landslide recovery. Its main priorities are reducing the influence of money in politics, ensuring the most vulnerable are taken care of and examining certain corporate tax exemptions.

This sounds like a solid platform to launch another run for office?

Probst won’t say if he plans to throw his hat in the ring again.

“I haven’t decided and I don’t have any odds on that,” he said. “And the middle class alliance has nothing to do with that.”