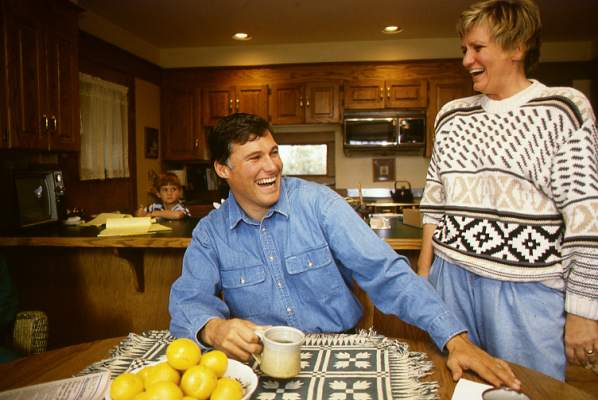 Thanks to a 10-year-old from California we know Alabama Governor Robert Bentley loves poppy seed chicken casserole followed by a blueberry surprise desert.

Across the river, in Oregon, Gov. John Kitzhaber apparently has a sweet tooth and enjoys Kuchen.

For a school project, Lauren Wu asked every U.S. governor for his or her favorite recipe. She created “American Cooking” filled with recipes from 26 governors.

Time magazine wrote about the cookbook and posted a video with a staffer trying to recreate Chris Christie’s blueberry French strata.

“But it also reveals much about the personal and professional priorities of those governors who did not participate. If Chris Christie found time to send his blueberry French strata recipe on April 1, while he was deep in the muck dealing with Bridgegate scandal, what excuse do his non-participating peers have?”

One of those non-participating peers was Washington’s own Gov. Jay Inslee. His spokeswoman said she didn’t believe they received a request.

I don’t know what Inslee’s favorite meal is, but I do know he and wife Trudi planted a large garden not long after moving into the governor’s mansion.

The couple’s first home-cooked meal after moving into the governor’s mansion was apparently a peanut butter and jelly sandwich.

Apparently Wu wasn’t too upset she couldn’t get every governor. The creative 10-year-old told Time, “The governors are all very busy,” she says, “and I don’t know, I’m sure they get a bunch of emails every day.”