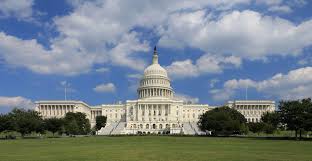 As Republicans and Democrats fight for control of the U.S. Senate this November, they are getting help from so-called “dark money,” according to a Washington State University researcher who keeps an eye on national campaign advertising.

Outside interest groups are pumping money into campaigns, footing the bill for television ads and billboards, and doing so anonymously.

“I suspect the numbers will go up even more during the crucial weeks leading up to Nov. 4,” said WSU political scientist Travis Ridout, co-director of the Wesleyan Media Project, which recently released a report (http://mediaproject.wesleyan.edu/2014/09/04/heated-battle-for-u-s-senate-draws-deluge-of-outside-group-ads-most-are-dark-money/) highlighting the use of dark money.

With Democrats battling to hold on to their majority and Republicans hoping to take control, most of the money is being funneled to districts where the race is close.

The 2010 U.S. Supreme Court ruling, Citizens United vs. the Federal Election Commission, removed restrictions on how much money corporations could contribute to campaigns. Special interest groups have since formed, which are not required to publish their donors’ names.

A record $68 million has been paid for TV ads this election cycle, according to the report.

The study found Americans for Prosperity, backed by the Koch brothers, has contributed the most with $16.7 million. Crossroads GPS, with ties to Republican political consultant Karl Rove, is next in line. The most Democratic-backed dark money source is Patriot Majority, which has dipped into it’s bank account to the tune of $6.2 million.