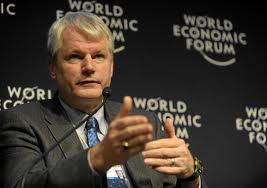 As Jeff Mapes with The Oregonian first pointed out in a post, Baird is featured in a recent issue of The New Yorker, as being highly critical of the group’s sway in Washington, D.C.

Baird details his evolution from someone who received campaign donations from AIPAC to one of their more vocal critics.

Baird told The New Yorker’s Connie Bruck, “When key votes are cast, the question on the House floor, troublingly, is often not ‘What is the right thing to do for the United States of America?’ but ‘How is AIPAC going to score this?’ ” He added, “There’s such a conundrum here, of believing that you’re supporting Israel, when you’re actually backing policies that are antithetical to its highest values and, ultimately, destructive for the country.”

Baird said in 2003 when asking about one of his constituents, Rachel Corrie, who was killed buy a bulldozer in Gaza while protesting the demolition of a Palestinians’ home, he realized members of Congress were seen as being “for sale.”

When asking about Corrie initially, he was told, “There’s a simple explanation—here are the facts.” Or, “We will look into it.”

Later, he told The New Yorker, it emerged, “There is a disdain for the U.S., and a dismissal of any legitimacy of our right to question—because who are we to talk about moral values?” Baird told me. “Whether it’s that we didn’t help early enough in the Holocaust, or look at what we did to our African-Americans, or our Native Americans—whatever! And they see us, members of Congress, as basically for sale. So they want us to shut up and play the game.”