Keep Fido at home when heading to the market 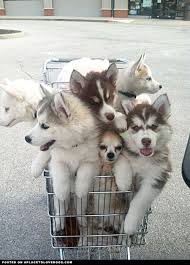 Bonnie Sabel was looking for a “hero” –  someone to protect her organic produce from dirty, little dog germs hitching a free ride down the grocery aisle.

So, she wrote her local lawmaker Rep. Liz Pike, R-Camas.

“It is not sanitary for a dog to ride around in a grocery cart, and then that cart doesn’t even get washed and the next user of the cart is totally unaware that their fresh produce really needs to be sanitized with a soap product before eating,” Sabel shot off in an email to Pike. She continued, “What are we to do?  Line our shopping cart with newspaper each time?  … I am so disgusted with what I am seeing, and it seems to be happening more frequently.”

Pike wrote back, “Let me look into some possible legislative fixes that will ensure a more germ free environment in our grocery stores.”

KATU reported earlier this year the Oregon Department of Agriculture received more than 50 complaints in 2013 about non-service dogs in stores. Fred Meyer Spokeswoman Melinda Merrill told the TV station the problem is worse.

“Every single day at every store we have a complaint about an animal in the store,” Merrill said. “The issue of non-service animals in our stores is actually a very frustrating one for us.”

It turns out no legislation is necessary. Pike sent Sabel some information back, which Sabel promptly printed and took to her local grocery store manager: