Talking oil; On the record 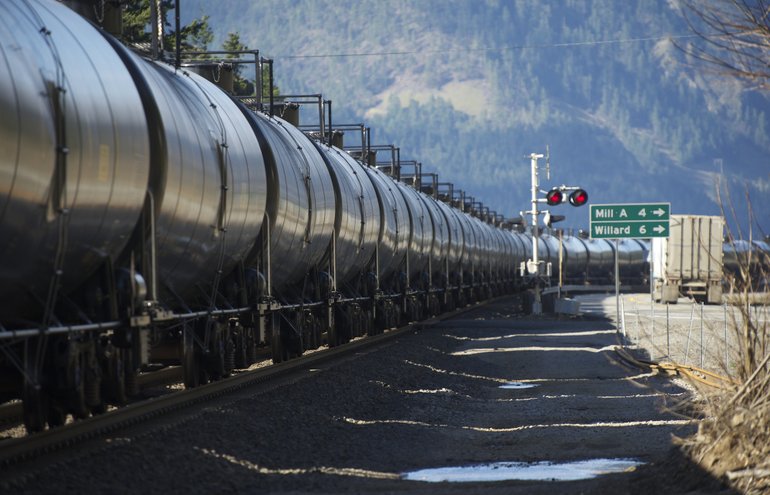 More than 100 people spoke at the Vancouver City Council meeting this week – 102 people to be exact – to share their thoughts on the proposed oil-by-rail facility planned for the Port of Vancouver.

Some of those who spoke are asking for your vote this election.

Ross said her “advisers,” I’m assuming her campaign advisers, told her not to speak out on this subject.

“But I can’t just stand by and listen to exaggerations and misinformation,” Ross said, noting she read the 850-page proposal on the project by Tesoro Corp. and Savage Companies.

“No one wants an oil spill or an explosion, not Tesoro, or Savage, or BSNF or the city of Vancouver,” Ross said. And current permitting and regulations “will ensure the safest of set ups with increased rail quality.”

The explosions you read about in the news, Ross said “are not at terminals. They transfer oil from rail to ship very well.”

The two companies want to build what would be the Northwest’s largest oil-by-rail terminal, capable of handling up to 380,000 barrels of crude per day.

Carolyn Crain, another Republican who hopes to beat Ross and unseat Moeller, veered into the subject of poverty while talking about the project.

“I want you to stop one moment and I want you to think about one more thing,” she told councilors. “We have two grade schools right here in Vancouver that have 80 percent of the children in those schools on poverty … I suggest to you that if we do a little bit better at slowing down and thinking about the several hundred kids who have parents who would like to provide their kids, their shoes, their braces, their food, their housing and their clothes, we might go a long ways right here at home working on that problem.”

Democrat Bob Dingethal, who is vying for the seat currently held by U.S. Rep. Jaime Herrera Beutler, R-Camas, said it’s time to “invest in the future, not in the past.”

“At this point, what the citizens of this community have been asked to invest their future in is a foul-smelling, catastrophically dangerous project that exacerbates global warming, all for the possibility of 80 to 100 poorly defined jobs.”

The Energy Facility Site Evaluation Council will make recommendations to Gov. Jay Inslee, who has the final say, over the future of the terminal.