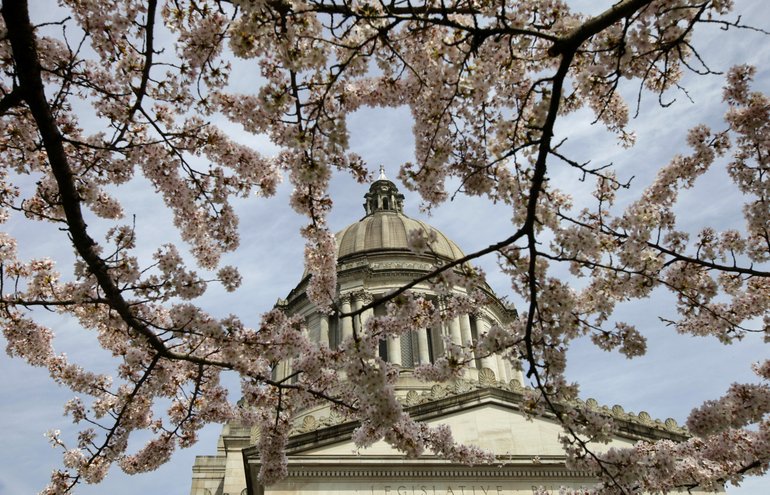 The recent move to increase Washington state lawmakers’ daily stipend has prompted some legislators to take a stand on whether they will accept the boost to their bottom line.

Not surprisingly, the answer for most is ‘yes.’

A panel of Washington state senators recently voted to increase per diem by $30 a day. The vote took effect this week, although it’s only applicable while lawmakers are in session. Senators will see a $3,150 increase next legislative session. The House voted earlier this year, also raising their per diem from $90 to $120 a day, the same increase senators will now enjoy.

Here’s a rundown of Clark County lawmakers’ thoughts on per diem and why they will or won’t be accepting the extra allowances for food and lodging, and in some cases, dry cleaning.

In the Senate:
Sen. Ann Rivers, R-La Center
Accepting the per diem? No
“We haven’t observed a teacher COLA (cost of living adjustment) increase in years. We haven’t given COLAs to other public servants. We’re closing down parks and yet, we can pay ourselves more?” Rivers told The Columbian.

Sen. Annette Cleveland, D-Vancouver
Accepting the per diem? Yes
“When there aren’t resources allowed for everyday people, like moms, wives and everyday people like myself to serve, it only leaves those who are wealthy or have the means to devote their own resources,” she said, adding that defeats the purpose of having a citizen legislature.

In the House:
State House District 17, Position 1
Monica Stonier, D-Vancouver
Accepting the per diem? Sort of
“I don’t take the full per diem rate. I take the amount I need in order to pay the bills,” Stonier said. Also, during special sessions, she refuses to take per diem. Taxpayers shouldn’t have to “foot the bill for legislators who don’t finish their work on time.”

State House District 17, Position 2
Paul Harris, R-Vancouver
Accepting the per diem? Yes
Harris supported the vote and will accept the boost.
“Expenses are going up and I keep a house there,” Harris said.

State House District 18, Position 1
Brandon Vick, R-Felida
Accepting the per diem? Yes
“I understand the perception,” Vick said, but he said the daily allowance is not “a money maker.”

State House District 18, Position 2
Rep. Liz Pike, R-Camas
Accepting the per diem? Yes
When lawmakers were called back into a special legislative session in 2013, Pike said she lost money. She had already given up her apartment and had to stay in a hotel.
“It does just reimburse you for your expenses,” Pike said.

State House District 49, Position 1
Sharon Wylie, D-Vancouver
Accepting the per diem? Yes
“I rent a place with a kitchen so I can cook for myself most of the time. Healthier and cheaper and feels better. Rents and hotels have gone up and per diem has not. I find the amount realistic and will be accepting it,” Wylie wrote in an email.

State House District 49, Position 2
Jim Moeller, D-Vancouver
Accepting the per diem? Yes
Moeller said the daily allowance helps him keep an apartment in Olympia to serve in the Legislature. During the 2013 special session, he told The Columbian he would not apologize for taking the per diem to be in Olympia, in large part because he had to take unpaid leave from his employer. Moeller works as a chemical dependency counselor.