Dingethal (literally) throws his hat into the ring 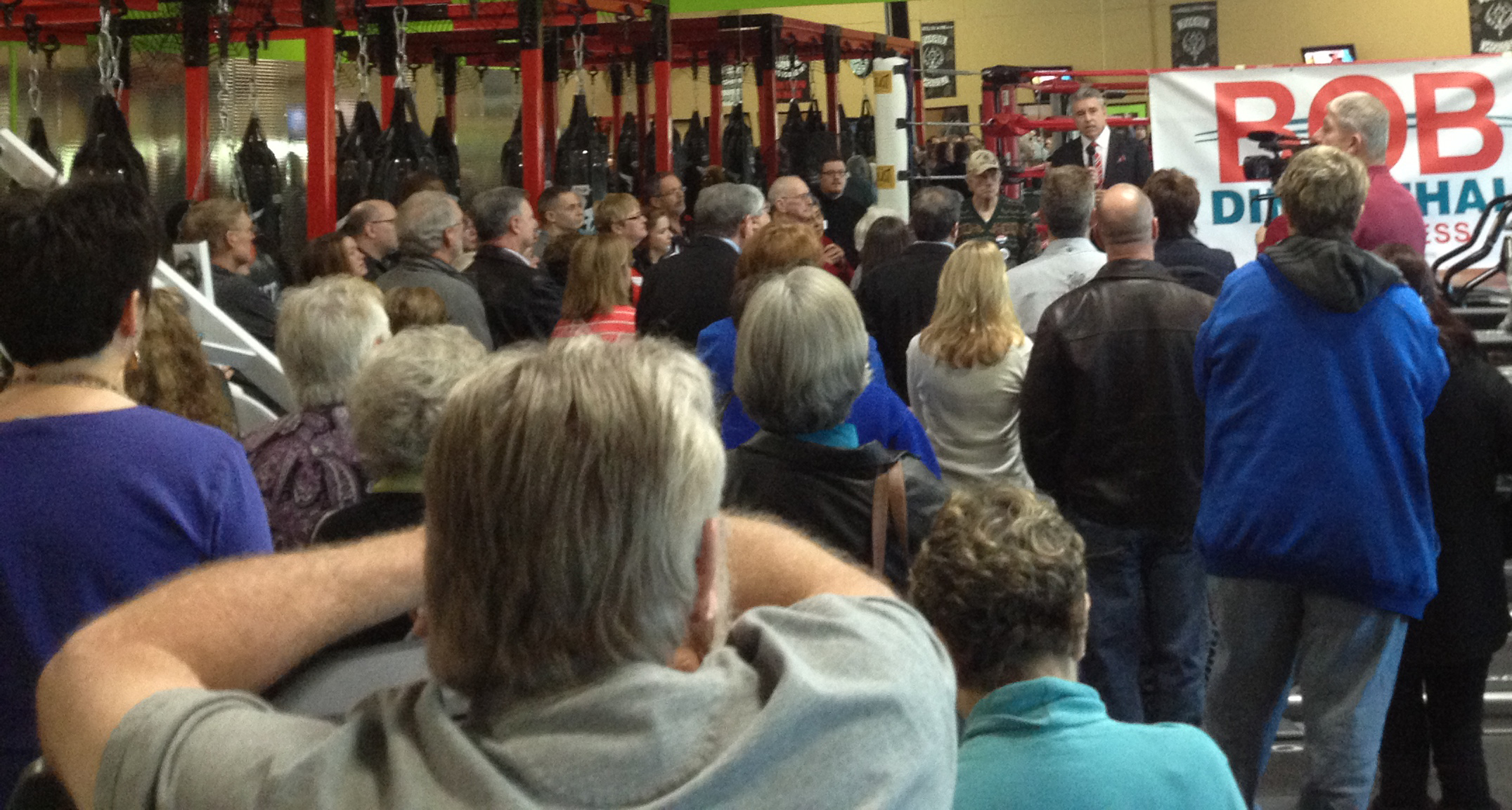 Bob Dingethal launched his run for Congress in earnest this month with a campaign kick-off event in Clark County.

The gathering happened at Inferno Fitness and Sports gym in Salmon Creek. So Dingethal walked up to a boxing ring before his speech, and actually tossed his hat into it, according to his campaign.

Dingethal, a Democrat from Ridgefield, is running for the U.S. House of Representatives in Washington’s Third Congressional District against U.S. Rep. Jaime Herrera Beutler, R-Camas. Also in the race is Republican Michael Delavar.

Dingethal addressed a crowd of more than 150 people, according his campaign.

On the partisan divide in Congress: “Today’s Congress is willing to sacrifice America to gain a pyrrhic victory for their party. They have forgotten that a loss for half of America is a loss for all of America,” Dingethal said.

On the economy: “We must prepare ourselves to take advantage of the burgeoning opportunities at our doorstep. There is no reason why Washington’s Third Congressional District can’t be one of the best places to live and work in the world. It will take hard work and political courage,” he said

Dingethal is executive director of the Gifford Pinchot Task Force. Delavar, who held a campaign event of his own earlier this month, is a Washougal airline pilot.

Herrera Beutler, who was first elected to Congress in 2010, is seeking her third term in the U.S. House.

“I look forward to getting back in front of folks and showing what I’ve done and asking for that re-hire,” Herrera Beutler said after a recent gathering in Vancouver.