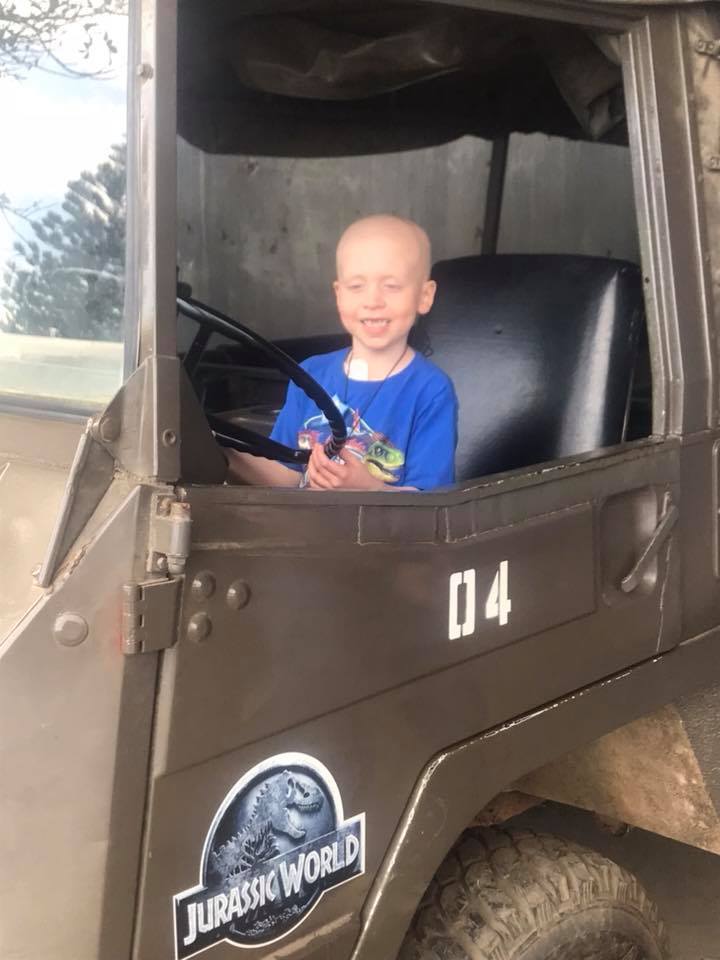 Five-year-old Declan Reagan continues to fight for his life – nearly two years after being diagnosed with acute myeloid leukemia.

Declan, who had recently flown to St. Jude Children’s Research Hospital in Memphis for a clinical trial, was sent home after doctors detected an infection beginning in Declan’s lung.

“Doctors here made the recommendation that there is nothing they can do. He has had no immune system for so long that an infection is going to take him sooner then the cancer will,” Declan’s mom, Lauren Reagan, posted on the Declan the Dinosaur Facebook page on Wednesday. “We are heartbroken and devastated we have advocated and push for every treatment available for Declan.”

“There is no knowing how much longer he has if it is days, weeks, or a month. We are so appreciative for everyone’s love and support,” she said. “Declan has a list of movies coming out that he wants to see and some adventures we are going to make sure happen.”

At the top of that movie list is Jurassic World: Fallen Kingdom. Declan earned the nickname “Declan the Dinosaur” because of his love of dinos.

Last month, Make-A-Wish Oregon sent Declan to Hawaii to visit the set of the new movie.

Word of Declan’s journey reached actor Chris Pratt, who plays the lead character “Owen” in the Jurassic World movies. He recorded a heartfelt message to Declan, his twin brother Adrian and the rest of the Reagan family.

Now the family is focused on doing whatever they can to ensure Declan lives long enough to see the new movie.

“99 days to go we are going to do everything in our control to get him to that goal!” Lauren wrote.