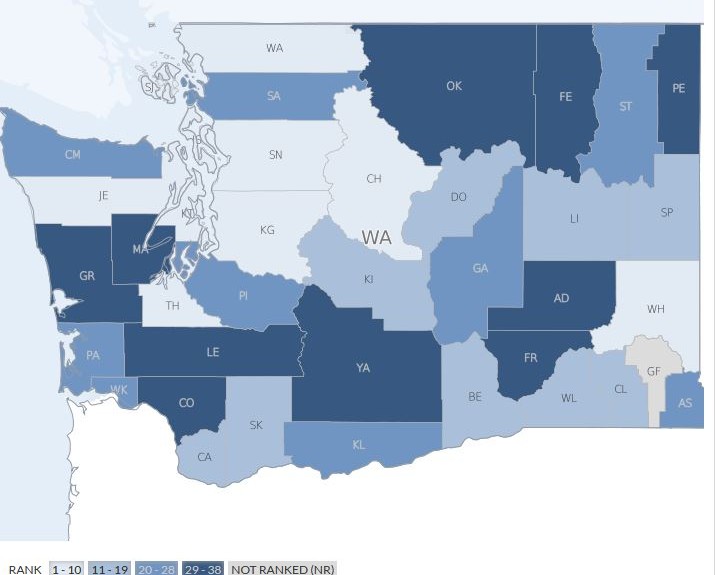 Clark County residents are among the healthiest in the state when it comes to health outcomes, according to new rankings.

The annual County Health Rankings compiled by the Robert Wood Johnson Foundation were released this week.

Clark County came in at No. 9 on the health outcomes ranking, which looks at residents’ length of life and quality of life. In Clark County, 12 percent of people are in poor or fair health, according to the rankings.

The No. 9 ranking is an increase over last year, when Clark County was 14th healthiest. Washington has 39 counties.

About 11 percent of local kids live in poverty and 26 percent of children live in single-parent households, according to the rankings report.

This year, San Juan, King and Snohomish counties took the top three spots in both health outcomes and health factors.