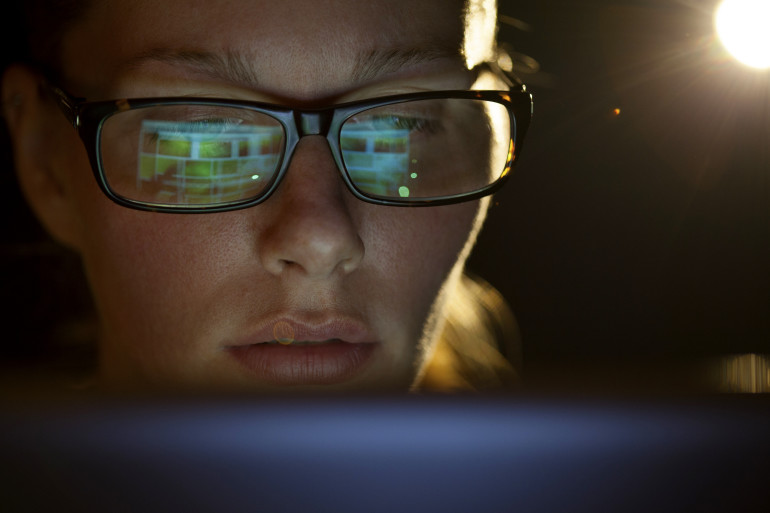 The average American 17-year-old has spent the equivalent of nearly six years looking at digital devices, according to a new survey.

The survey, conducted by VSP Vision Care, also found that by the age of 2, the average child has at least one digital device and spends about 30 hours per week looking at the screen.

The average 13-year-old owns three digital devices and gets about 70 hours of screen time per week. By 17, the teen has spent 50,000 hours – about 1/3 of their life – on devices, according to the survey.

Parents aren’t much better. They reported spending nearly half of their waking hours (about 61 hours per week) looking at screens, according to the survey.

All of that screen time has eye docs worried.

Those digital devices emit something called blue light. The high energy blue light is defocused by the eye lens and scatters, producing people perceive as glare.

After hours of staring at computer screens and smartphones – and the eyes working overtime to process that blue light – people can begin to experience eye strain and fatigue.